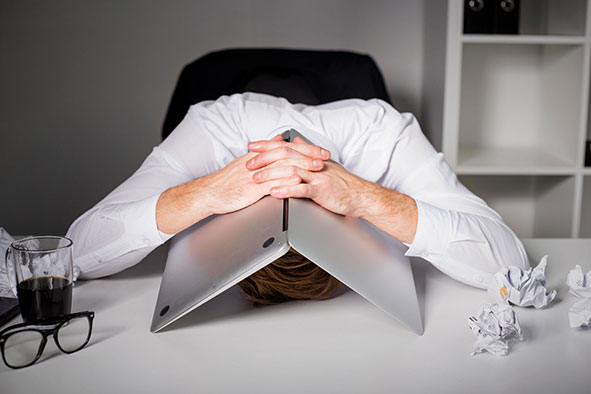 A staggering 50 per cent of businesses in Milton Keynes say they could only cope for up to 30 minutes without internet, according to new research.

The survey, commissioned by infrastructure provider CityFibre, lays bare how vulnerable many companies are to a loss of digital connectivity and how little it would take to bring the city’s business ecosystem grinding to a halt.

According to CityFibre, the findings make a clear case for bringing an end to the country’s dependence on its aging, capacity-constrained copper infrastructure and supporting an accelerated rollout of a full fibre alternative – which can currently only be accessed by less than 4 per cent of the UK.

The research shows that most businesses thought that better connectivity would equal improved productivity and improved customer service (both 54%). Other perceived benefits included less time spent travelling (40%), more use of remote working (39%) and better collaboration (32%), all highlighting the importance of better connectivity for future business success.

There is a clear appetite for better technology, with 96 per cent saying they would like to make an investment in future technology if connectivity were no longer an issue. 43 per cent said they would invest in cloud technology, followed by augmented reality software (35.7%) and video conferencing (32%), highlighting the constraints that existing, low-quality infrastructure is currently placing on the business capabilities needed in the future.

Being able to make better use of data was also seen as important, with a quarter saying they would invest in better analysis tools and practice, which could unlock new insights. Around a fifth (21.4%) would invest in digital marketing tools to help them grow their business while 25% would invest in recruitment/training to better equip employees for a digital future.

Businesses have been connected to CityFibre’s network in Milton Keynes since it launched in 2016, through launch partner dbfb and other service provider partners. Milton Keynes was also recently announced as the first city in the UK to benefit from its ubiquitous gigabit-capable full fibre broadband rollout in partnership with Vodafone. The project represents a £40m private investment from CityFibre that will bring the next generation infrastructure to almost every home and business in the city. Construction work is already underway on the project with the first premises due to go live towards the end of 2018.

Jean Gowin, CityFibre’s City Development Manager for Milton Keynes, said: “This research shows what many companies across the MK community already know – internet connectivity is essential to business success. But all too often, slow speeds and unreliable networks are letting businesses down, which is why the new full fibre network will have such a transformative effect on businesses in the city, allowing them to boost productivity and introduce new technology.

“By embracing full fibre, we will be able to keep pace with competitors, whether at home or abroad, and future proof our digital infrastructure for generations to come. This technology will unlock growth, not only for businesses but also for residents, and it is fantastic to see MK at the forefront of a bright digital future.”