After the trauma of the past eighteen months. music is back, which is great news for devourers of the soulful, disco and funky fabulousness being peddled by Mange Le Funk Productions – the brand has its first post-lockdown outing on August 7. 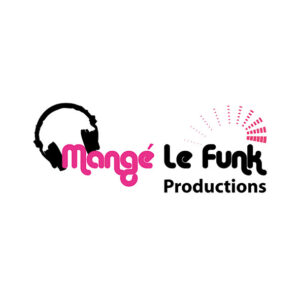 One Night Love Affair is the name and spinning top class tunes is their game, and ‘they’ are Suff Sakoor and Maurice Bird, the fellas behind the tunes.

They first made strides musically on the eve of the millennium, teaming up to DJ and produce music together.

“I was a soulful house fanatic and Maurice was passionate about rare groove and disco…” Suff said.

Mange Le Funk was formed, and their track ‘I Still Want You’ became a club hit and got them noticed for all the right reasons.

Residencies across Northampton were in place and things swelled, so when Maurice hotfooted it from the ‘fampton to Brighton, Suff carried on djing in the locality, but as time moved on, he realised the buzz wasn’t so buzzy anymore!

“I was playing to the crowd which was great, but I lost excitement in my gigs…”

Keen to rekindle that enthusiasm he reached out to his DJ pals and they came up with One Night Love Affair, a quarterly event which would deliver dance floor delight from established players, while also extending a deck of support for newcomers.

And August 7 puts those plans into motion with two rooms of sounds set to entertain at House of Dapper;

Room One is the launch party proper for their new label.

“An artist showcase will feature sets from myself and The African Sunset Project, aka Maurice, playing stuff from our back catalogue, and special edits from forthcoming tracks on the label with a selection of house classics for good measure,” Suff promises, “Support will come from Darren Driffill playing the best in soulful vocal house and Steven J feeding the crowd with funky baseline tunes.”

Mood:Indigo, aka Andy, will see you there too, and Jon Manley, a firm supporter of the Mange Le Funk brand, will top the billing.

“Both of these guys are super talented and dig deep for fresh new music,” Suff told Pulse Music, “I have a good rapport with the DJs and know their strengths in reading a crowd. We start downtempo with some quality soulful musical house, and work through the vocal/funky/disco/afro/deep/tech/house with classics and some disco..

“Proper uplifting party vibes,” are being promised, “We were all born out of the club scene and love to party.”

Newly spruced-up Wellingborough Road haunt House of Dapper will be jumping to their deliveries. 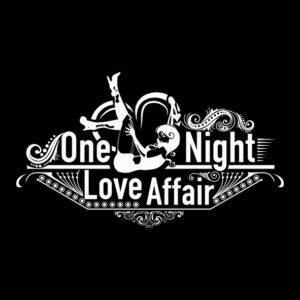 “It has a great sound system and co-owner Sarah Clarke is a good friend and DJ. We all feel at home there,” Suff said, “The night will be a celebration of the record label, and everyone will receive a free cocktail, and we’ll have a Mange Le Funk production CD giveaway.

“We are passionate music lovers and want to bring good vibes to our parties,” he promised, “We have taken every bit of knowledge of the club scene and thrown it into our productions to make music for your mind, body and soul…”

For more information tap to facebook.com/onenightloveaffair

Lockdown was tough, but it did afford Suff and Maurice the opportunity to dedicate more time to their passion, and with furlough bringing everything else to a temporary close, the duo decided to set up a label. It wasn’t a new idea, but this was the chance to get things moving.

“It’s something we’ve dreamed of for years,” Suff said, “We had all the tools in place, and just linked them all together. The original concept was to release Maurice’s music, as it’s timeless…he is something else!

“With me getting up to par with my own music production during the past few years, it felt right to do it. We dived in and after a lot of research found a distributor, set the label up and decided to remix each other’s work to showcase our talents and give more variations for fans to choose from.

“The label is going from strength to strength with each release, and building a nice fan base of music lovers. We’ve now started to receive music from producers and are in the process of setting up our own publishing company. We feel ready to support other artists and our first, the Milesart Orchestra are ready with a September release.”

To date, the label has enjoyed 10 releases which have delivered some tasty chart positions on the online music store Traxsource.

With four tracks set to be issued throughout the summer spanning club/deep/soulful house and nu-jazz, 2021 is spinning well for our duo of dance aficionados.

The prince and the punks

Founder and guitarist Gizz Butt famously spent those early JS days dividing his time as six-stringer with The Prodigy and his own spiky outfit.

The quartet originally parted ways back in 2002, but in 2018, Gizz started up the motor again.

We can’t say they’ve aged like a fine wine, because their ‘new’ album (‘Angel in the Flames’ was issued just prior to Covid and never fully exploited) sounds sweet and fresh, despite being their first opus for 22 years.

It boasts twelve tracks of perfectly crafted choruses, riffs and melody including the Helmet-esque earworm Shuffling The Pack.

Dave Grohl would no doubt agree with that summary, having once described the band as ‘a great melodic kick up the ar*e.’

“Little has changed on that front,” promise the Stark, “Prepare to have your ar*e kicked all over again.”

And you don’t have long to wait before feeling the foot connect with the derriere – Janus Stark will be live at The Black Prince in Northampton in a couple of weeks.

After such a long enforced gig drought, these guys are champing at the bit to play live – watch them hammer hell out of their equipment on August 7, with support from Spring Park and The White Ribbons.

Tickets are £8. To book and for more band stuff, click to jansusstark.co.uk

> Adam Ficek (Babyshambles) and Steve Facer (Club Foot) are bringing a one off ‘indie classics’ party to The Black Prince garden on Saturday, August 21.

Club Foot celebrates all that was great about 90’s and 00’s indie music.

Step back and let the good times roll from 7pm. Entry is free.

> The Roadmender presents live music from Letz.Zep on August 20, and nope, there are no prizes for guessing what’s on the musical menu that night.

Robert Plant went to see them in action at a show in London once. “I walked in, I saw me,” he later recalled. Talk about a positive review.

Jimmy Page was equally wowed: “That was ambitious, but you pulled it off,” he remarked, “You have captured the spirit of Led Zeppelin concerts, you really are very, very good.”

Heavy metal bible Kerrang! Magazine went even further, “Better than a Led Zeppelin reunion,” they scrawled. Maybe that’s a little bit too enthusiastic, but regardless, it’s clear that this quartet is much better than average.

> On August 27, Levellers frontman Mark Chadwick arrives at the venue for an acoustic show. He’s done plenty of these solo stage deliveries before, but for this one he’ll be topping a bill also featuring Red Ken and Dan Booth from Ferocious Dog.