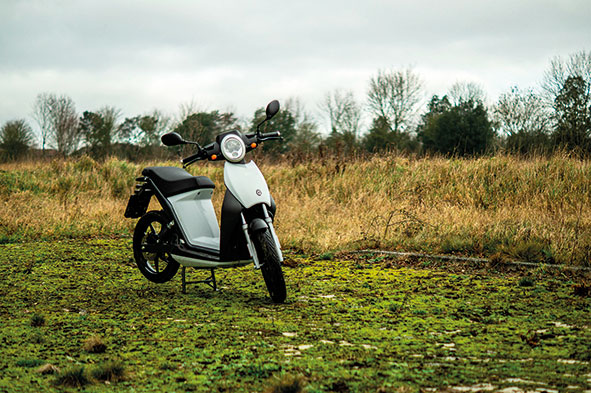 Did you know that EV sales jumped by a whopping 185.9% last year compared to 2019? While the world is thrown into turmoil, it seems people are thinking about the way they use their cars. Now it’s time for two wheels to make the battery only leap.

Motorbikes and scooters produce very little in the way of emissions compared to their four-wheeled brethren, but with many cities across the globe looking to ban all combustion-engine vehicles at some point or another, it’s only a matter of time before the humble motorcycle becomes an electric-only machine.

With that in mind, I braved the winter weather on a Qooder Oxygen to tell you all about it. 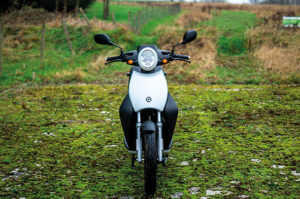 The Oxygen is a zero-emission scooter designed explicitly for built-up urban environments where congestion makes driving a car painful.

There’s a choice of a 2.65 or 3 KW version; the one seen here is the former; therefore, it has a top speed of around 30 MPH, the beefier 3KW model is capable of 50 MPH. Range on them both is 40-50 miles depending on the outside temperature.

Beneath the seats sit two huge batteries, each weighing a considerable amount; make sure you’ve had your Weetabix in the morning if you’re planning to lift these up and out. There’s no real need to take them out, as they can be charged in situ, but you can also fit a helmet underneath the seat by removing one battery. Naturally, the range drops by half, but it means you don’t have to lug around a helmet at your final destination. 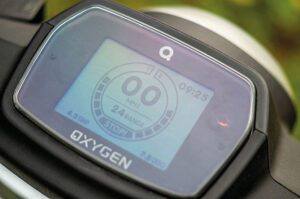 Charging takes five hours to get to 80%, or 6 to get to the full 100. As there’s precious little room in the scooter, all the charging ‘gubbins’ is separate.

Starting the Oxygen is much like any other bike, key in, turn… but then there’s silence. Looking at the large backlit display, it goes through a self-check, then gives you a large ‘OK :-)’ and then you’re ready to go. Simply hold the left-hand brake and twist the throttle a little until you feel the thing want to go, release the brake, and you’re off.

You’ll get an electric whine and a slight whoosh as you set off, with the futuristic sound of motors returning whenever you accelerate. It turns a few heads, that’s for sure.

Being belt driven, there’s no rattling, no clunking of gears; the most notable thing while out on my ride was the plastic tag attached to the key flapping against the bodywork. It really is THAT quiet to ride.

Acceleration is instant; torque is limited to 35Nm, which is incredibly high when you look at the likes of my own little MSX 125 and its 10.9 Nm. It’s nowhere near as ferocious as an electric car, but it still gives you a reassuring shove whenever you accelerate.

Due to the batteries’ weight, the Oxygen feels pretty solid; that lightweight, bare looking exterior is deceiving. So are the rather narrow tyres. The 16-inch wheels are somewhere between a mountain bike and a traditional moped in terms of thickness, but it always feels sure-footed, even in the damp.

In colder weather you’ll get less range, batteries don’t like to be chilly and these have no warming or cooling abilities like a electric car has. Even so the range only dropped to 37 miles on the chilliest of days that I ventured out on the Qooder, that’s still plenty to get around town or to commute on.

The only thing that really holds it back is the top speed, while it would be fine for pure urban driving in town centres, the 30-35 MPH top speed would be pretty hairy on a single carriageway. I stuck to diving around the local housing estates, a few are thankfully joined up by underpasses and bridges.

If you’re going to find yourself on more open roads, opt for the 3KW model.

Prices are around the £4,500 mark, but are to be revised at some point this year. The Qooder will be eligible for the plug-in motorcycle grant, which would see £1,500 knocked off that RRP.