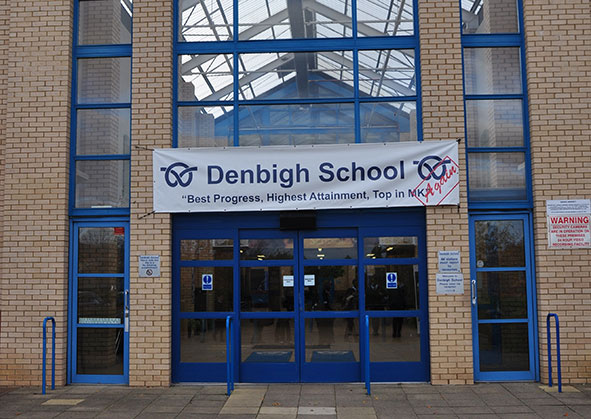 New Department of Education measures published this week rank Denbigh as the top performing school in MK, due to it scoring best on how much its students have progressed since Key Stage 2 and the students achievements at GCSE.

The Progress 8 and Attainment 8 scores were introduced by the Government in 2016, as part of its accountability system and compares students’ results across England. The scores show how much progress has been made by all students between Key Stage 2 and Key Stage 4 and in the student’s performance in qualifications, which include English, Mathematics, the Sciences, Geography and History.

Denbigh were thrilled to receive confirmation that they are ranked first, out of the 10 secondary schools in MK.

“Denbigh School is firmly established in MK as being fully committed to providing an aspirational and supportive environment for all of its students, whatever their ability. The continued outstanding teaching at Denbigh inspires students to progress, from whatever academic point they started from.”