Europe’s biggest T Rex is returning to Northampton town centre next month, and he’s bringing a whole host of new friends with him.

Following in the giant footsteps of last summer’s hugely popular dinosaur festival, the Jurassic beasts will be returning for one day only on Saturday, April 23.

Ritchie the Raptor, Zeus the T Rex and Tank the Triceratops will once again be appearing in Market Square and Abington Street, with a host of activities lined up for young adventurers including an augmented reality Dino Trail available through the Explore Northampton app – giving families the chance to hunt down 10 friendly dinosaurs hidden around the town centre and grab a selfie with their favourite.

Mark Mullen, operations manager for Northampton Town Centre Business Improvement District, which is organising the event, said: “Last year’s dinosaur event was the busiest I have seen the town centre for a long time. It was absolutely buzzing and when we had the chance to bring the dinosaurs back this year we moved quickly to book them in.

“All the favourites from July will be returning and there are a few new faces as well so it promises to be a brilliant day once again. We’re looking forward to seeing families enjoying themselves in Northampton and supporting our town centre businesses.” 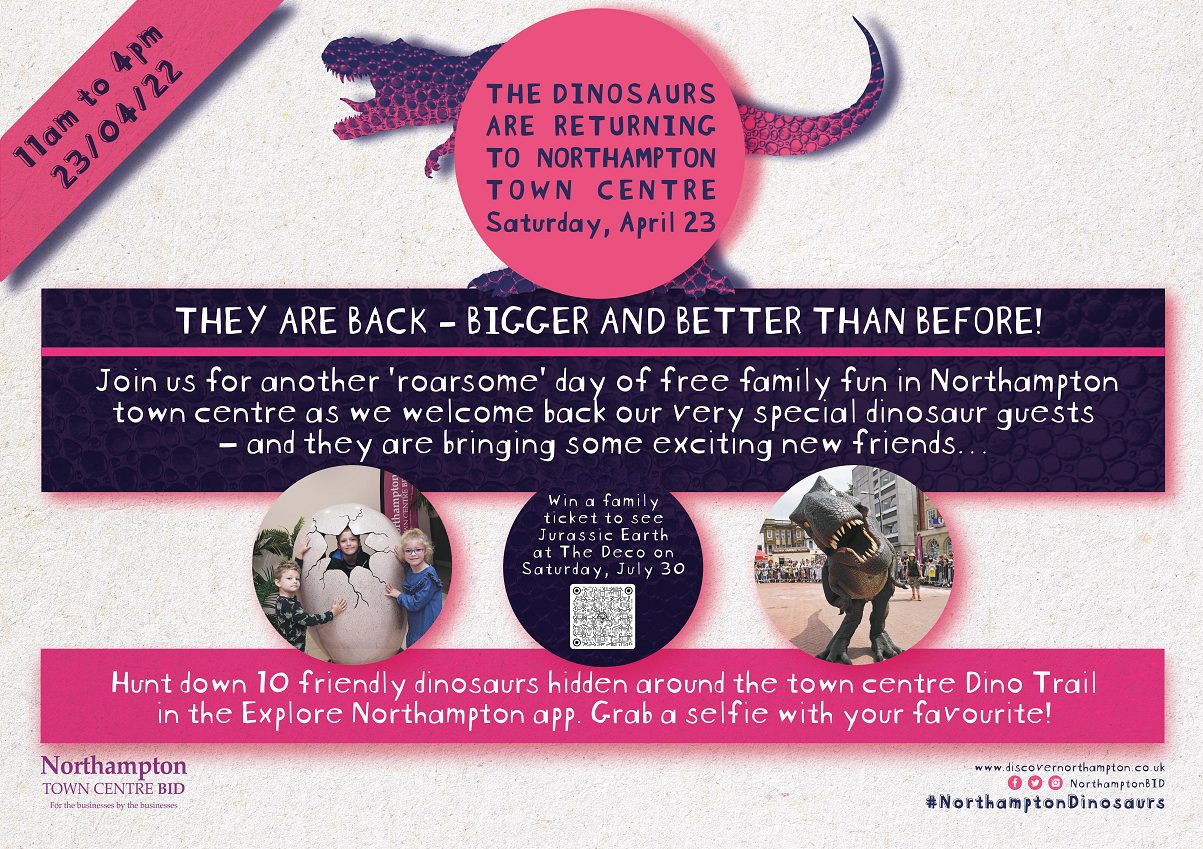 The free family fun day will be held from 11am to 4pm on Saturday, April 23.

There will also be a prize draw for the opportunity to win one of two family tickets for the Jurassic Earth performance at the Deco theatre on Saturday, July 30. Entries must be made in person on the day by downloading the entry form from the BID website and posting into the post box located in Grosvenor Shopping.

Click HERE for full information about the prize draw and other activities lined up as part of the event.