Those fine folks over at The Roadmender have scheduled some banging shows for early next year, writes Sammy Jones.

AC/DC tribute Livewire will prove that Angus Young isn’t the only overgrown school kid around, when they rock up (Feb 19).

Expect a High Voltage two hour set with cannons, Marshall Amps and a session that will take fans from Back in Black to PWR UP together with a decent delivery of Bon Scott era aces.

The Undertones play their rescheduled date at the venue (March 11) with an armload of hook-y hits including My Perfect Cousin, Jimmy Jimmy and something called Teenage Ticks.

Support will come from Strangler Hugh Cornwell with his electric set. He’ll pepper his performance of solo songs with Stranglers smash-hits like Always The Sun, Peaches, No More Heroes and the seminal Golden Brown.

Punk it up some more when Stiff Little Fingers play their rescheduled show (March 21) and beats and breaks will puncture the ears courtesy of Dub Pistols (March 26).

The inimitable Wilko Johnson will arrive on April 9, 2022.

Plenty has been said about Wilko’s remarkable recovery having been diagnosed with incurable pancreatic cancer in 2012. He opted for a second opinion and followed that with life-saving surgery. Thankfully, in 2013 he was declared cancer-free.

Now the fella whose chop-chord strumming action he calls the ‘stab’ set him apart from the pack when he found fame with Dr Feelgood, is out to show that he still has ‘it’ today – this is a man playing with the same passion and vigour as he did when he made a connection with his first Telecaster.

His trio is completed by one of the best bassists on the planet, and we don’t say that flippantly.

Norman Watt-Roy is best known for his work with The Blockheads. Watching NWR getting to grips with his instrument is an absolute delight. Wilko’s drummer knows the art of hitting the hard things too; Dylan Howe also plays with The Blockheads, but session work has seen him alongside Nick Cave, Damon Albarn, Ray Davies, Paul McCartney and many more.

Things will be lively at The Clubhouse in Corby on Saturday, July 24 when tribute band Jilted Generation bring the full-on Prodigy experience to the stage.

The collective will play all the expected tracks from Essex’s finest, and they promise to wow Prodigy fans and raving rockheads alike.

Their work has possibly taken on a new meaning since the loss of Keith Flint.

“The gigs may mean even more without Keef, so to provide that performance is a special feeling, making him seem alive in a sense…” Royle ‘Eddy’, aka Keith Flint told us, “But to honour his life is where the pride is. He was a complete innovator.”

Jilted Generation have been around for more than 15 years and you can trust them to put the punch into your night out.
Not least after so long being forced to sit at home in front of the box.

“People have been hammered by the rules and regulations, and had their whole lives altered by this Covid stuff,” Royle added, “We are all ready to let loose more than ever. It’s going to be chaos like no other. You cannot hold us all down for too long. Bring it.”

Shesh Events have their ‘comeback do’ at The Black Prince in Northampton on July 2.

A heavy night awaits attendees, with sets from Far From Refuge, who have a complicated mix for you; a ‘unique blend of metalcore, melodic death metal, and progressive metal, seasoned with a healthy dose of djent and electronica, delivering captivating compositions that entwine intricate guitars with antagonistic vocals to underpin engrossing commentary from the human condition to tales of cosmic interlopers, and anything in between, ‘ is how they describe it.

Modern alt-metal players Arimea and fiery-metal players Old Selves, from Yorkshire, will also play for you. Blow the cobwebs away – tickets are a snip at £5 and £3 and you get them by clicking to fatsoma.com 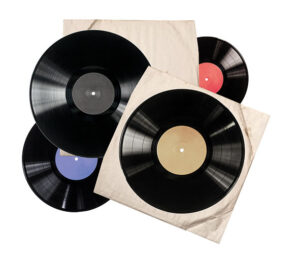 If your record deck is crying out for something fresh to devour, pay a visit to Rushden Lakes on Sunday, July 4 for the monthly record fair which is being hosted at The Boathouse between midday and 4pm.

And Northampton hosts another record fair at The Picturedrome on Sunday, July 25, again between midday and 4pm.