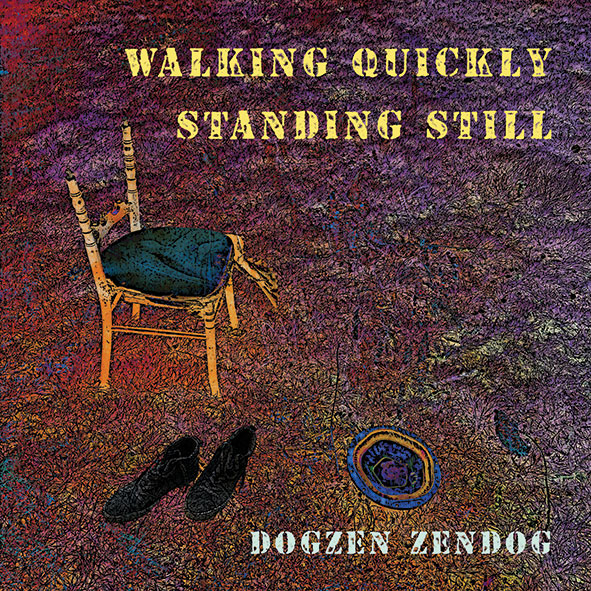 In the late 1970s two teenagers in Bletchley talked about collaborating musically. More than 40 years later, and now with an ocean between them, they’ve finally got their act together. Yes, it has been worth the wait, says Sammy Jones. 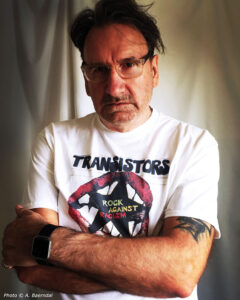 When Glenn O’Halloran and Blake Leyh first talked about releasing an album, Grease was the big screen hit, Dynasty was on the small screen and James Callaghan was Prime Minister.

The duo had met while organising a Rock Against Racism gig in Bletchley. Seeing eye to eye politically and sharing the same musical interests, a friendship was forged between 18-year-old Glenn (at the time holding the mic as frontman for The Transistors) and 14-year-old Blake.

Teen years passed by in a flash, and Blake disappeared across the pond, setting up home in New York, but still with music at the core of his everything.

He was pretty exceptional too, with a finely tuned set of ears and an understanding of music that can’t be taught. You either have ‘it’, or you don’t.

His ability took him to the top. As a sound designer, composer and music producer he has spent four decades working on films with credits by James Cameron, The Coen Brothers and Spike Lee. Television work includes The Wire.

But he needed a place to express his own musicality too, and in 2019 Blake launched the Xenotone label – a vehicle to issue the debut album by his own experimental collective, N to The Power.

Meanwhile, Glenn had enjoyed his own musical journey through the decades – he co-founded Milton Keynes’ Off-Centre Records label and worked with a whole heap of bands in these parts, stamping his style on the scene before setting off for Madrid.

Now, more than four decades since talk of that collaboration, and with Glenn settled back here in the new town, the album they first talked about in the late 70s has just become a reality; Glenn’s Dogzen Zendog project has released the elpee, Walking Quickly Standing Still.

This is a smart union with Glenn delivering the music and much of the playing, and Blake taking the lead in the production chair, while offering bass, guitar and cello to the pot of plenty.

They both worked to ensure the vision was perfectly executed, and it was issued through Xenotone, but you could have guessed that much.

The years might have passed, but the musicality has only swelled, and so Walking Quickly Standing Still is a quietly alluring fusion of the fantastic.

“It’s art rock…it’s post rock,” its creator says, trying to sum up the eight tracks which have been bundled together, “I’ve had some great things said about it; ‘it’s like latter day David Bowie,’” he shares, which makes sense.

“If people are into David Bowie, it wouldn’t be a nasty shock.”

It’s all here. You get plenty of bang for your buck with this one.

Glenn comes up with the material, before finding the right players to layer the tracks.

“I frame the music and get people to work within that frame…it’s very arty stuff,” he laughed, “Blake said that what we’re making isn’t music, we’re making art,” and he would know – his mother is responsible for giving Milton Keynes its most famous residents, the concrete cows.

“We want to do what artists do. It’s about having that same approach to music…”

Lyrically, there are lots of little characters and stories waiting for your interpretation.

“I’ve always liked the idea that songs are not about me,” Glenn says, “I like to be more of an observer. The reason I give the characters names is because it makes them real.

“Peter Walking is about a man’s paranoia and that he doesn’t fit in queuing at the bus stop…” he explains, “I wrote the lyrics for one of the songs on the album around 20 years ago, but until a song is out there, it is always in development.”

Finally having the album out “feels fantastic” says its creator, but it’s not over yet – this is a three album project. In time, the hope is to put a band together so that these songs can be realised in a live capacity.

There are bigger plans for the label too.

“We’re serious about Xenotone,” Glenn enthused, “We want to sign acts, with Blake looking after the American side and me travelling around Europe looking for talent here. It starts with us because we have got to get stuff out of our system first, but then we want to find obscure artists.

“We’re both looking for the next Fela Kuti or Captain Beefheart. That’s the plan…”

> Walking Quickly Standing Still by Dogzen Zendog is available on all the major streaming services, and on CD and limited edition vinyl. Visit xenotone.com