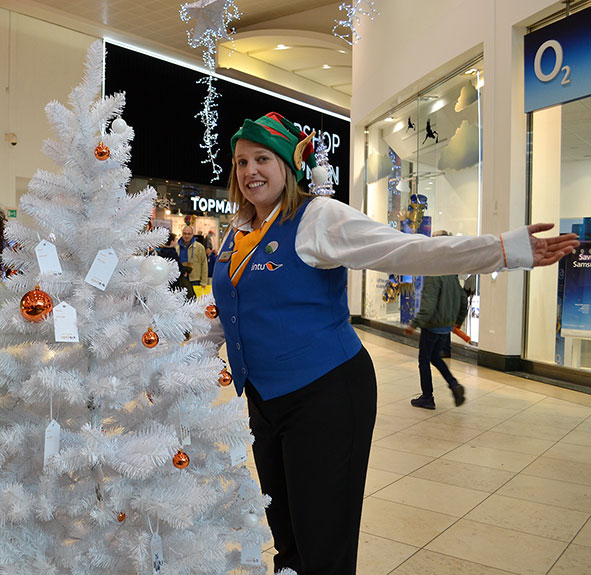 Shoppers are being invited to help support homeless people in Milton Keynes this Christmas.

Back for a second year, the intu Milton Keynes Giving Tree will return to the centre from Friday 1 December to help bring help to the homeless this Christmas.

After a successful first year in 2016 with the Milton Keynes Hospital Charity, this year, the centre is supporting several local charities who offer support to the homeless people of Milton Keynes.

With a record number of homeless people and families in Milton Keynes, the charities who will be supported by the Giving Tree this year include The Bus Shelter MK, Open Door, Winter Nights Shelter MK and Help our Homeless MK. All four organisations are dedicated to helping fight the need to sleep rough in Milton Keynes and each do this by offering services such as overnight shelter, hot meals and guidance.

Pam Williams from The Bus Shelter MK said, “We have already worked with intu Milton Keynes a lot throughout the year to raise money for our bus which is going amazingly well. We are thrilled to be able to work alongside them for their Giving Tree this Christmas and to also be working with three other local charities we already know and support. Christmas can be a hugely difficult time of the year for homeless people, but the donation of gifts will be invaluable to us and them. We would like to say a huge thank you in advance to everyone who donates to the tree.”

The centre is encouraging people to come along to the Giving Tree which will be situated by the Customer Information Desk, to pick up a tag and donate a gift suitable for a homeless person. Gift ideas include a pair of thermal socks, jumpers or a woolly hat, to a sleeping bag, a tent or even a gift voucher for a hot meal. All they ask is that the gifts are new, not gift wrapped and non-perishable.

Shelley Peppard, general manager of intu Milton Keynes said, “We have been working with The Bus Shelter MK as our charity of the year which has given a real solution to help homeless people get off the street and into employment. As winter is upon us and the climate drops, now is such an important time to support these vulnerable people. Your gifts really are greatly appreciated by all.”

For more information on the Giving Tree, head to the Customer Information Desk next to Debenhams and speak to the team.