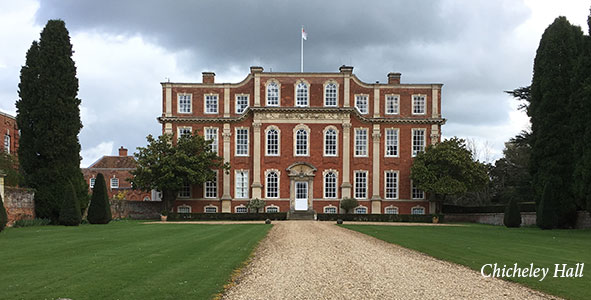 Christmas is coming and with it comes the usual small screen parade of former big screen box office hits. But while we welcome the annual custom of settling in front of the TV to watch It’s A Wonderful Life and Home Alone for the umpteenth time, we thought we’d also provide you with an alternative to the predictable seasonal fare.

If you go searching for them, you could enjoy a Christmas full of movies that all have a Milton Keynes connection. Sammy Jones grabbed the popcorn…

Milton Keynes has a reel-y interesting history when it comes to big screen action; the new town and its surrounding areas have been utilised by film-makers for decades. 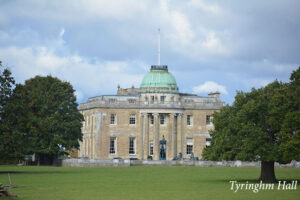 Everyone remembers Superman IV, which we’ll get to in a moment, but many people forget that in the 1960’s Grade 1 Tyringham Hall was used for the comedy spy thriller Arabesque, which starred Gregory Peck and Sophia Loren.

Director Stanley Donen’s most celebrated works included cinematic classics On the Town, Singin’ in the Rain and Seven Brides for Seven Brothers. He made his home in the UK in the ‘60s and was at the helm of this movie, which was widely described as ‘Hitchcockian.’

The hall is situated just outside Newport Pagnell and is now a private home, but during filming the estate was mainly unused and unfurnished. Sophia Loren was based locally during the shoot.

“She stayed at The Swan Revived Hotel in Newport Pagnell and I had the job of putting in a TV for her,” recalled Norman Lyman, “I did all the electrical work at Frith Radiocraft – a business opposite The Swan – and got the order.

“I was never a cinema-goer at all in those days, but remember chatting away with her while doing the installation. She was very pleasant and very glamorous!”

It’s not the only time that eighteenth century Tyringham Hall has made it to the screen; earlier in 2020 it figured in Killing Eve – it had a starring role too, serving as the backdrop for Villanelle’s wedding.

The property also featured in the 2012 remake of the ‘60s film Gambit, which starred Colin Firth, Cameron Diaz and Alan Rickman.

The Old Swan in Milton Keynes Village was used for the external shots in Night of the Big Heat, a 1967 science fiction delivery starring Christopher Lee and Peter Cushing.

When it was released for the American market, the title was changed to a more menacing sounding Island of the Burning Doomed.

Striking Chicheley Hall was utilised by the Monty Python team who recorded there while making The Meaning of Life. The ‘Find the Fish’ scene was shot at the Georgian mansion.

Chicheley Hall also served as the backdrop for Enigma, the 2001 thriller about the Bletchley Park codebreakers and their essential work in the Second World War.

The picture starred Dougray Scott and Kate Winslet, and was produced by Mick Jagger. Yep, the one with the lips and hips.

The Imitation Game also shone a light on the Bletchley Park story, in particular focusing on the life and work of Alan Turing, with Benedict Cumberbatch taking on the role of the cryptanalyst. Keira Knightley co-starred in the role of fellow cryptanalyst Joan Clarke.

This time, parts of the movie were set at Bletchley Park itself. The big screen delivery was a box office smash; grossing more than $233 million worldwide, against a production budget of just $14 million.

The film was a critical success and received eight Oscar nominations, although in the end it had to settle for just the one win, for Best Adapted Screenplay.

One film received much less favourably was the 2004 release The Purifiers, with Lord of the Rings’ star Dominic Monaghan. The action was written and directed by Richard Jobson, who also fronts punk players Skids.

One of the scenes was shot in the link bridge at Newport Pagnell Service Station. 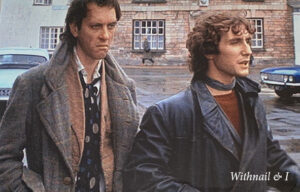 Across town, Stony Stratford played its part in the 1987 release Withnail and I, which focused on two out of work actors, played by Richard E. Grant and Paul McGann.

Both the King Henry pub scenes and those set in the Penrith Tea Rooms were actually filmed in Market Square; at The Crown Inn and what is now the Cox & Robinson pharmacy.

Michael Caine and Pierce Brosnan starred in The Fourth Protocol and much of the British cold war spy delivery was shot on the Milton Keynes estate of Heelands. Not a lot of people know that…

Teacher Patricia Humphreys did though – she took the great image of him with some young fans when he visited Summerfield School. He presented the school with a video camera during his visit, but the equipment didn’t stick around for long: “A few days later the school was broken into and it was stolen!” Patricia remembers, “Must have been when they were new and expensive!”

Superman was one of the biggest film series of its time, and part of the fourth instalment, The Quest For Peace was made here in the new town.

Films allow you to imagine and to pretend, but even so, substituting Milton Keynes Central train station for the New York based HQ of the United Nations building was a bit far-fetched – even for a movie about a flying superhero!

In 1986, cast and crew assembled in Station Square to shoot what would become the final film in the franchise. Milton Keynes was about to become Manhattan – despite the distinct lack of skyscrapers.

Other spots featuring in the film include the Avebury Building which served as the Metropolis Hyatt Hotel, and the space used as the Daily Planet lobby in the flick is home today to Bannatyne Health Club.

Richard Morris was one of the local children who ended up in the movie.

“I was 14 at the time and it was very exciting, the filming of a feature film at our school, Woughton Campus,” remembers Richard, “Before filming, we were all assembled in the sports hall with the hope of being picked for selection. The casting crew wanted kids that looked American! Needless to say, I was selected and we were all paid a fee of £10 for the day of filming. I’m very fortunate that I didn’t have an agent who would have wanted a cut of my earnings!”

The film was the last to feature Christopher Reeve, and critical and commercial acclaim wasn’t forthcoming. In fact, it was widely panned.

But here in Milton Keynes, we’re happy with the association, and besides, not many other towns can boast that they had a visit from the real Superman! n