Sixty years ago the area now known as the hub of the new town was green and spacious; where today there are estates and businesses, there were hedgerows and fields.

Milton Keynes didn’t even exist, and it has been a dramatic transformation, writes Sammy Jones.

But while the landscape may be changing, you don’t need to look far for a connection with the past; many of our street names give a nod to our rich history and to the people, places and occasions who left their mark.

For this month’s history feature, we give an overview of just a few of them.

In the picturesque village of Hanslope, Repton Drive recalls the landscape artist responsible for designing the grounds of Hanslope Park in 1792. His vision was also employed by the Duke of Bedford for Woburn Abbey’s stunning gardens. 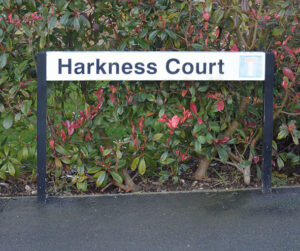 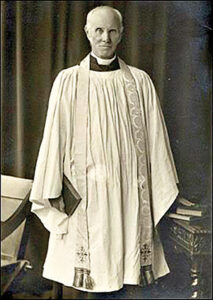 Harkness Court is in tribute to the Reverend William Harkness who was Vicar for the area for 37 years, before retiring to Cheltenham less than a year before his death. He was buried in the churchyard of the village’s Parish Church to which he devoted so much of his life.

He isn’t the only Vicar remembered in the community either; Wingate Close remembers David Wingate, and Mayne Terrace is named after James Mayne.

Other nods to local history in the village include Knibb Drive, named after the clockmaker Joseph Knibb (1640-1711). Joseph was born in Oxfordshire, but later moved to London, setting up premises close to Fleet Street. His work ticked over rather nicely until his retirement in 1697, when he moved to Hanslope. He remained there, still making clocks, until his death in 1711.

One authority on English clocks, author Herbert Cescinsky, believes that, next to fellow clockmaker Tompion, Knibb ‘must be regarded as the greatest horologist of his time.’

That peerage gave him an automatic seat in the House of Lords. His wife survived him and made a £200 bequest to the Hanslope Charity School.

Cooper Croft gives a nod to the last doctor who was resident at the old surgery on Castlethorpe Road. Dr Cooper lived there until the 1960s and would make up medicines on the premises.

In Newport Pagnell, the Poets and Rivers estates are well known, but local history peeks through in the town too; Francis Annesley, 1st Viscount Valentia was the high constable of the town and a Member of Parliament – his association is marked at Annesley Road.

And Cannon Corner in the heart of town is believed to have been named after a cannon which remained there following the English Civil War.

In Lavendon, Hulse Close is so named in memory of Major Harold Hatton Hulse, who was instrumental in securing the village’s war memorial remembering the 21 men who went off to fight in WWI but never returned home.

MK’s most famous green space, Campbell Park was named after John ‘Jock’ Campbell, the Baron Campbell of Eskan. His family’s success had been built on the slave trade, but Jock was clear; profit alone should not be the guiding principle of society.

He said: “I think people are much more important than shops and ships and sugar estates.”

In the House of Lords in 1971, he disassociated himself from his ancestors: “Maximising profits cannot and should not be the sole purpose, or even the primary purpose, of business,” he argued.

During an illustrious career, he was Chairman of the Commonwealth Sugar Exporters Association, Chairman of the British political magazine New Statesman and the first chair of the Runnymede Trust, an independent race equality think tank. He also set up the literary award, the Booker Prize. And as Chair of the Milton Keynes Development Corporation, his humanism and common touch inspired the architects, planners, community workers and educationalists responsible for the place we call home today.

Small surprise that new builds in the park will also be named after places that had an association with Campbell.

There are many more examples of streets named after local history; at Bradville and Bradwell, Brinklow, in Great Linford, Loughton, Milton Keynes Village, in Old Wolverton, Peartree Bridge and Shenley Church End, at Woughton, Wolverton Mill and Woughton on the Green, and plenty more.

One of the more recently named is Dankworth Way – the new entry road taking music lovers to The Stables venue, which Sir John Dankworth founded in 1970.

A hugely influential jazz musician and composer, his talent was renowned the world over. It didn’t take much thought for the Parish Council to come up with the tribute.

Councillor David Hopkins is chair of Wavendon Parish Council. He said: “We were delighted when Milton Keynes Council agreed to WPCs suggestion to name the new link road drawing up to The Stables Theatre, Dankworth Way.

“The link between the village and Sir John goes back to the 1960’s when John and his wife Dame Cleo Laine chose to move to Wavendon from nearby Aspley Guise.  In 1969 they created the Wavendon Allmusic Plan (WAP) as a registered charity with the vision to ‘engage the widest range of people with music in all its diversity’.

“Sir John and Dame Cleo began the realisation of that vision with the development of The Stables Theatre in converted outbuildings at their former Rectory home, presenting concerts and education activities. We are proud to have the opportunity to remind visitors to the Stables that this is indeed ‘the Way’ John would have wanted to be remembered, guiding music and theatre goers to the venue he took such delight in founding and supporting.”

New estate Glebe Farm, part of the Wavendon Parish, will continue the musical connection; its streets, closes, roads and drives will be named after performers who have held court on The Stables stage.

Paying a little more attention to street names when you are out and about is a quick way to unlock a wealth of history and fact.

And it’s a perfect activity to engage the kids while they are off school!

What’s in a name

Not all estates have a local connection though. Here are what some of our other Milton Keynes addresses relate to:

Parts of Bletchley have been called after Scottish place names, Broughton has a maritime theme, Kents Hill is named after areas in Kent, Monkston Park mentions London Tube Stations, Crownhill pays tribute to icons of the pop and rock industry, British Painters make a splash at Grange Farm, and scientists (including Hubble, Curie and Einstein) are found on the place names of Medbourne. 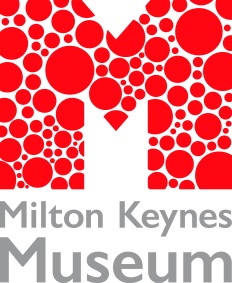