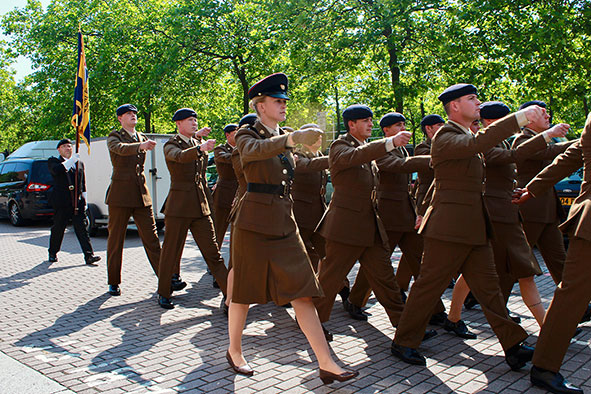 The ceremony began with a march past the Civic Offices by the Royal Logistics Corp, 678 Rifles Squadron towards the seated crowd in front of the flag. A speech was given by the Mayor of Milton Keynes Cllr David Hopkins before the school children sang. Council Leader, Cllr Pete Marland gave his thanks to the service men and women of the Armed Forces and the flag was raised to full-mast.

The flag will fly at full-mast for a week in commemoration of Armed Forces Day which is to be held on Saturday 24 June 2017.

Further information on Armed Forces Day, including a full list of events, can be found on the dedicated website www.armedforcesday.org.uk