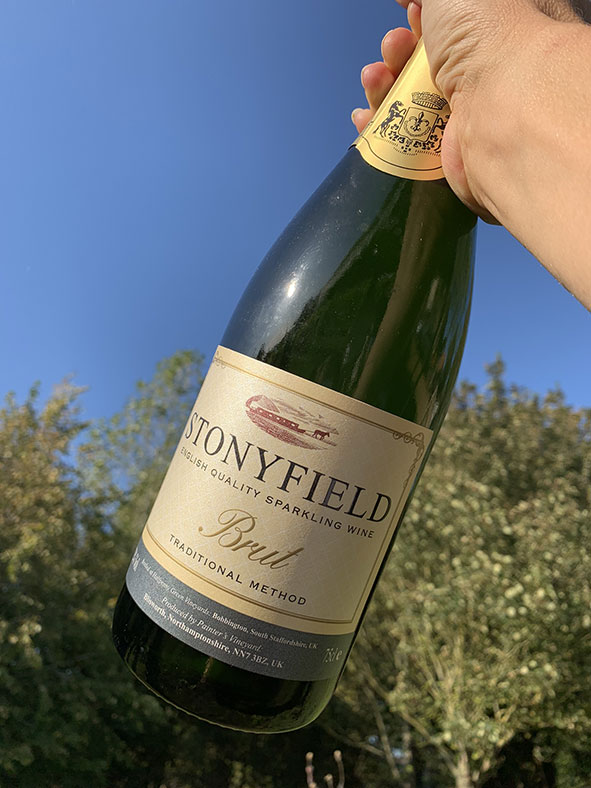 A small, Northamptonshire family vineyard is marking its tenth anniversary in the best possible way, by raising a glass of its own award-winning fizz to celebrate picking up a top national accolade!

Stonyfield Wine, based at Blisworth, has won a gold medal and the Dudley Quirk Trophy for Best Sparkling Blend 2021 from WineGB, the UK body for grape growers and winemakers – an honour usually bestowed upon the country’s larger, southern vineyards.

After planting the first vines in 2011 on the south-facing slope of spoil left behind after the digging of the Grand Union canal and Blisworth tunnel in the late 18th Century, Stonyfield partner John Folliott Vaughan says they’re delighted to be recognised in this way just a decade later: “We’re flattered and frankly amazed to be both the first small and only Midlands-based vineyard to receive this national trophy and all the more so when you appreciate that the land on which the vines now flourish was once simply an old, stony field with no obvious use!” said John.

“There’s evidence of wine production in the county dating back to Roman times and while Northamptonshire may be better known these days for beer and gin, we’re thrilled to think that, even with our humble one acre, we’re helping to put the county firmly back on the winemaking map!” he added.

Indeed, Stonyfield has won numerous accolades in its short career, most recently picking up a Gold in the Artisan Local Drink of the Year category in the Weetabix Northamptonshire Food and Drink Awards 2020/21.

The Dudley Quirk Trophy will be presented at the vineyard (11.30am Thursday 24th June) during a small outdoor gathering as part of English Wine Week (19th to 27th June 2021) by Chair of WineGB, Simon Robinson, and Jonathan Lewis, MD of category sponsor Boxes and Packaging (Oxford). It will be followed by a short tour of the vineyard and refreshments, all observing COVID restrictions.