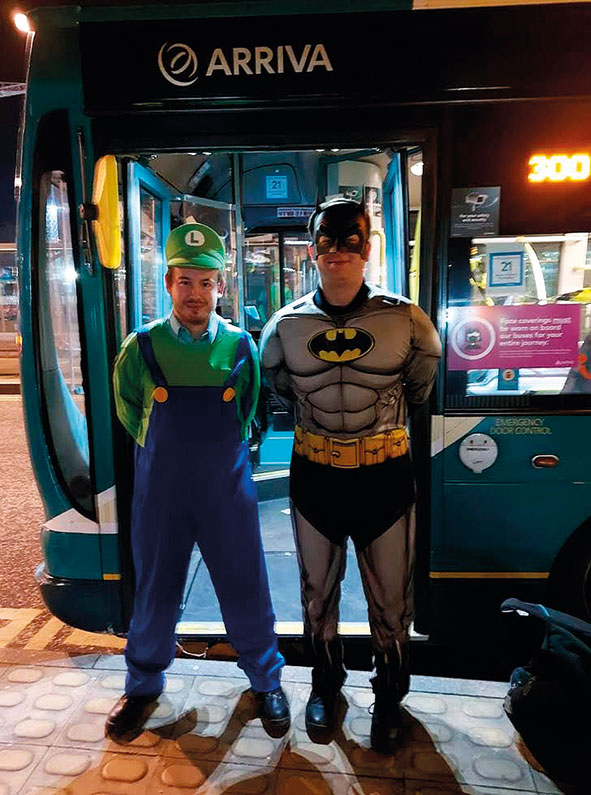 How does your favourite hero travel? By Batmobile, perhaps? Do they fly? Swing through the air? Or perhaps they drive the Arriva 8A bus between Central MK and Westcroft! 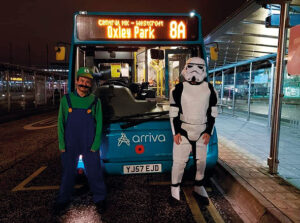 Thanks to a small group of bus drivers in Milton Keynes, travelling to work is now more of a cheery affair for commuters on a Friday – and as well as raising spirits, the drivers are raising cash for the NHS in the process, with a campaign called Not All Heroes Wear Capes.

Ashley Bradbury has worked for Arriva in Milton Keynes for the past eighteen months. He came up with the idea to dress like a superhero (and the occasional villain) during the first lockdown in spring last year, setting up a GoFundMe page for people to donate to.

“The motivation? I had just lost my nan who had been in a care home for four years, and I wanted to give something back to the NHS,” Ashley said.

Ditching the usual Arriva attire in preference of different superheroes seemed a novel way to do it, and provides a bit of lightheartedness during these difficult times.

“The bus users love it – they follow the Facebook page and if one of us is near their home or place of work they keep an eye out for us.” 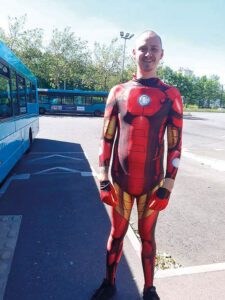 During the first charity push, which ran between May and July, Ashley took to the roads dressed as Flash and Ironman. But when the campaign was revived in January, he opted to work under the guise of Superman.

“My favourite costume is Flash, but the best one is the Stormtrooper who has been doing the routes recently.”

Ashley is joined in his fundraising endeavours by seven colleagues and he says that rather than putting the brakes on the venture, Arriva bosses have been helping to drive the initiative forward.

“They have been really supportive and allowed me to advertise on the buses; letting me post timetables to share when people will be dressed up and where we will be, and they have offered more support should I need it. They have been fantastic.”