If ever there was a sight to warm the heart on a cold day, it is a carpet of snowdrops on a woodland floor. With their delicate heads poking through the hard ground and nodding in the winter winds, they send an optimistic message that spring is on the way, and that all is well. This month is the perfect time to wrap up warm and enjoy their blooms in one of our beautiful Northamptonshire historic gardens.

Because these tiny but vigorous plants appear throughout the British Isles wherever conditions are favourable, it is easily assumed that they are a native species, or possibly introduced by the Romans two millennia ago. However, the snowdrop was introduced perhaps a mere 500 years ago. The earliest English reference to them appears in John
Gerard’s Great Herbal in 1597, where he refers to them as ‘timely flouring bulbus Violet’.

By his 1633 edition, they have gained common name ‘snowdrop’. Gerard states that the plants originated in Italy and were often to be found in the gardens of collectors, especially in London. They were fashionable, and as such appeared in the gardens of the wealthy landed gentry, especially those who favoured the consciously ‘natural’ gardens styles made fashionable in the eighteenth century. Many of our Northamptonshire country houses introduced these bulbs into their woodlands and gardens, more of this later! 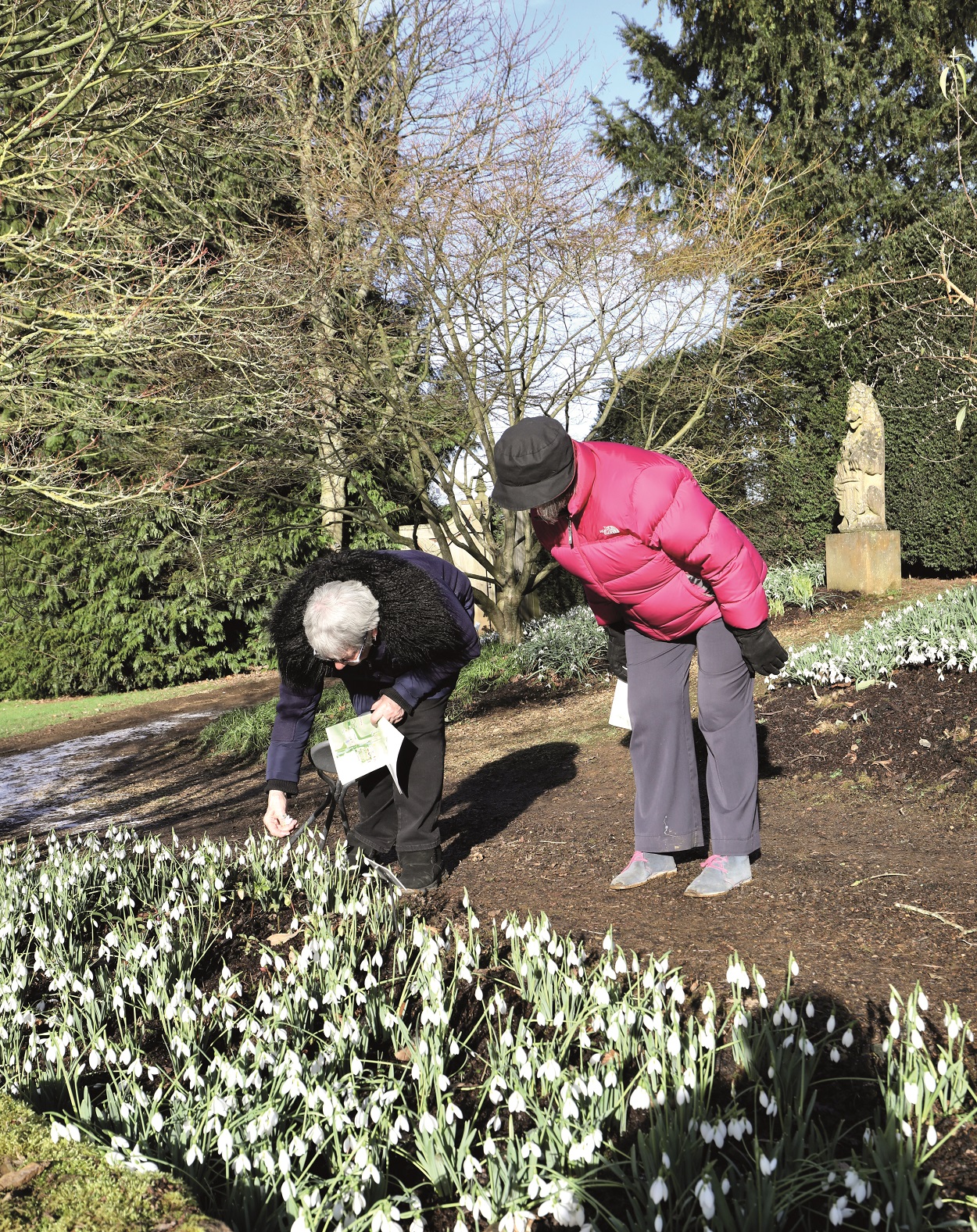 Perhaps because snowdrops appear at a time of year when there are few other flowers showing, they exert a special fascination and even affection in the eye of the beholder. They have been given many charming names, such as ‘February fairmaids’ or ‘Candlemas bells’, and those who collect and admire the bulbs have their own name ‘Galanthophile’. This originates from the snowdrop’s Latin classification Galanthus. During the Victorian period the snowdrop became even more popular. The simplicity and purity of its appearance struck a sentimental chord with artists, poets, and plantsmen alike. New varieties were sought after and exchanged hands for serious money.

One of the most popular varieties was discovered and named by a Northamptonshire plantsman, James Atkins (1806 – 1884). Atkins was a nurseryman on the Kingsthorpe Road in Northampton, specialising in growing pelargoniums and tropical orchids in
his glasshouse. 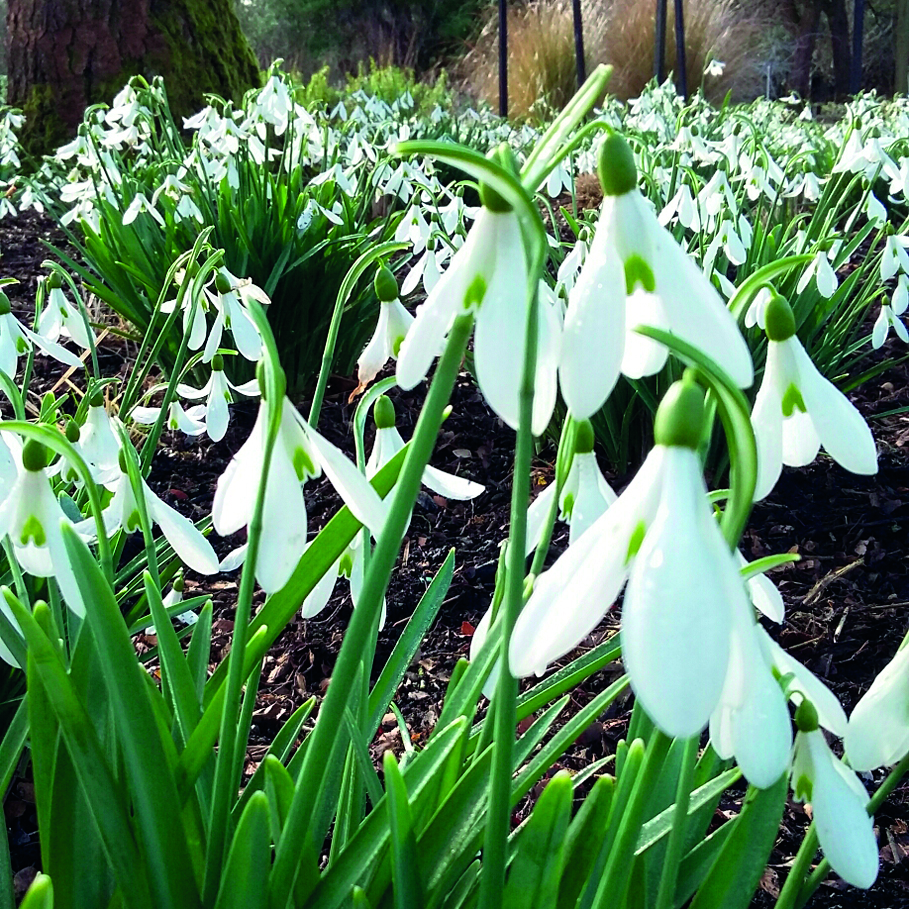 He eventually retired to a cottage in Painswick, Gloucestershire, and took a holiday travelling in the Alps. He returned with a snowdrop bulb he had purchased nearby to Naples thinking it was Galanthus Imperati. But it was something different and he cultivated it for sale, releasing it some five years later. It is an early bloomer, with long slender outer petals, each inner petal has a small green heart shaped mark at its tip, and a distinctive honey fragrance. It was renamed Galanthus Atkinsii and proved very popular. It remains well regarded and highly desirable today. Nowadays, galanthophiles can easily become obsessed with all things snowdrop. In Northamptonshire there is quite a competition to collect the greatest number of different varieties. Many country house gardeners tell me they grow in excess of three hundred varieties, and Thenford Arboretum have claimed over six hundred! Many of these are kept very carefully as their bulbs can be worth several hundreds of pounds.

A single bulb of Galanthus ‘green tear’ sold for £360 a few years ago, and recently, the world record price for a single snowdrop bulb was smashed when a golden yellow and white Galanthus woronowii sold at auction for £725.

Find out where to find Snowdrops in Northamptonshire here.