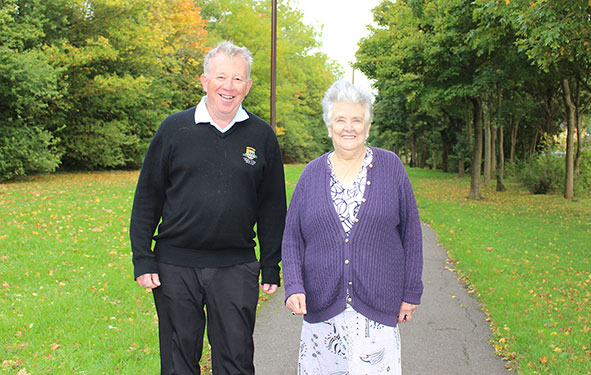 Age UK Milton Keynes has been given £71,964 National Lottery funding from Sport England to run a two-year Walking Befrienders project to help reduce the number of inactive older adults.[i]

Sport England has put tackling inactivity at the heart of its strategy Towards An Active Nation and launched the Active Ageing fund to tackle inactivity in the over 55s.

Age UK Milton Keynes’ project will support older people living in Milton Keynes who have experienced a significant life event, such as bereavement or illness, which has put them at risk of isolation and/or loneliness.  The project will train volunteer befrienders to accompany an older person on a short walk near their home.  By providing encouragement and friendly support, the walking befriender will help people overcome barriers which might be preventing them from being active in later life.

Walking has been proved to be the safest activity for older people to improve their health. The project will be suitable for most older people, including those with long-term health conditions and disabilities, and will have the added benefit of attracting the more able-bodied older people to volunteer as walking befrienders.

Mike Diaper, Executive Director at Sport England said: “Being active is one of the most important things people can do to maintain health and wellbeing as they age. We’re delighted to be supporting Age UK Milton Keynes with National Lottery funding to help older adults in Milton Keynes lead happier and healthier lives. We’ll be sharing learnings so that successful approaches can be scaled-up or replicated across the country.”

[i] The Chief Medical Officer defines an inactive person as someone who does not achieve a total of 30 minutes of moderate intensity physical activity a week.