Comedy, ballet, classic shows, new shows and thought provoking nights out. February is
certainly delivering on all counts when it comes to theatre. Sammy Jones takes a peek at the month to come…

Stacey Dooley has been a staple on our television screens in recent years for her investigative shows and presenting work, and she lifted the coverted Strictly glitter ball in 2018 as well. She had been due to visit the Derngate on February 8, but just as this edition of Pulse was being put to bed, her show probing into the difficulties of Britain’s mental health emergency, became another Covid casualty. The show will now visit on February 4, 2023.

Previously, quick-tongued witty wonder Katherine Ryan had denounced partnership, but now she has married her first love, although apparently, it was accidentally… how do you
do that?! Her new session with the mic (Feb 10) is a chance to hear Katherine’s new perspectives on life and love and what it means to be Missus, in the show by the same name. 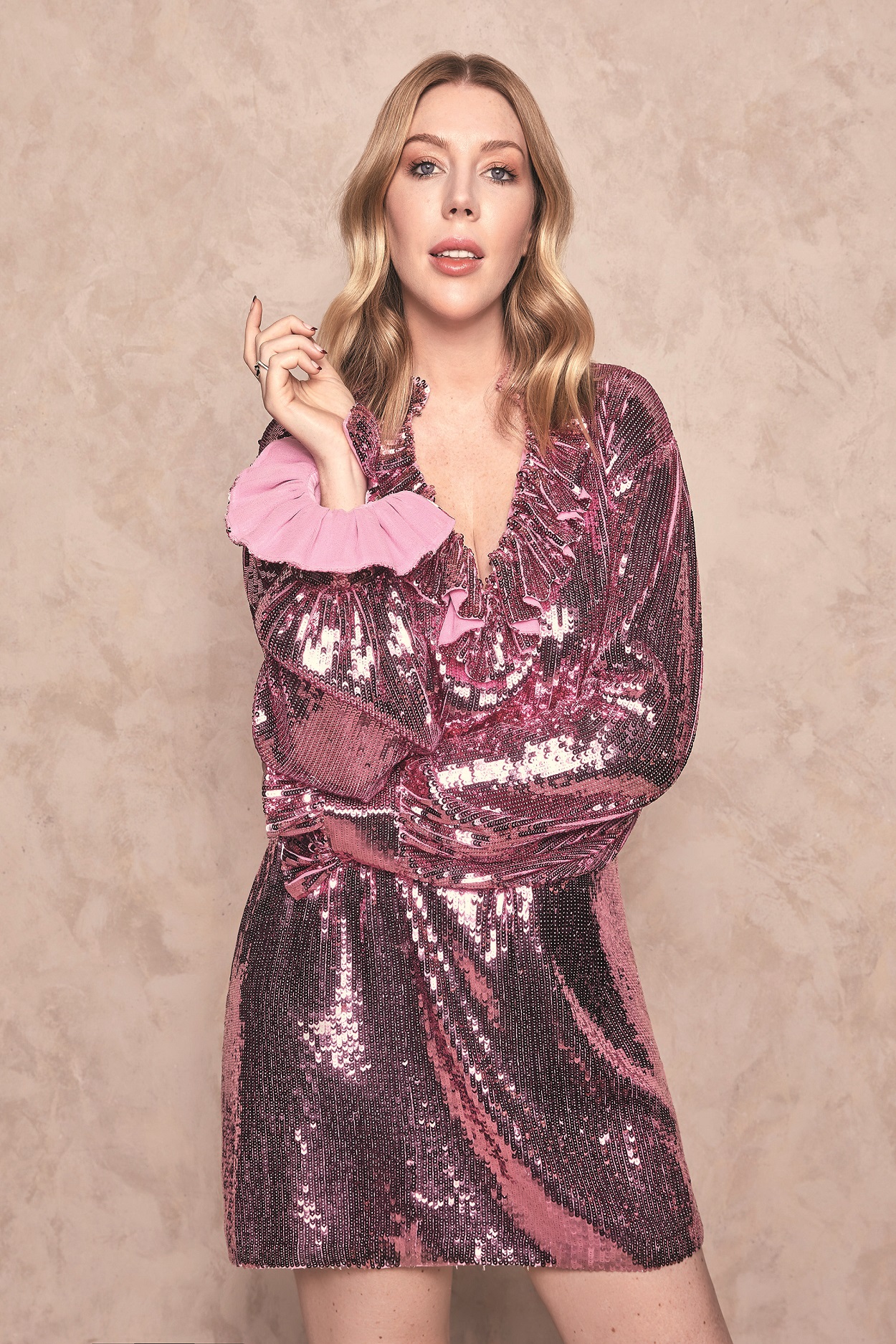 Next up, a decidedly modern musical but with a big emphasis on the historic, Six (Feb
15-19). The wives of Henry VIII have been silenced for centuries, but no longer – they are remixing 500 years of historical heartbreak into an 80-minute celebration of 21st century girl power. These Queens may have green sleeves but their lipstick is rebellious red,’ says the blurb. Stop right here for a musical you can truly lose your head over!

The last time we saw Ray Quinn on a stage, he was starring as Don in Summer Holiday, and he was superb. Now he’s on the road with All Singing All Swinging! which tells the story of the Rat Pack. Aside from the greatest hits of Sammy Davis Jr, Dean Martin and Frank Sinatra, you’ll get a generous delivery of wit, charm and charisma. Ray will be joined on stage by Nick James and Shane Nolan for the show at The Deco (Feb 18).

Funny fella Paul Foot will play at the Underground (Feb 18) with Swan Power. Paul will be opening his beak and exploring topics including Nanna on the rack, murdering Santas and interfering ambulance drivers.

‘Odd couple’ Dick and Angel, stars of the Channel 4 hit show Escape to the Chateau have said ‘au revoir’ to their castle home and set their sights on a tour of this fair isle.
Take your Derngate seats (Feb 20) and they’ll explain who they are, where they’ve come from, how they met and why they dared to do it. It’s a surprising story of a retired Lieutenant Colonel and his entrepreneur and designer wife, told first hand.

Olivier Award nominated duo Ian Ashpitel and Jonty Stephens are back with Eric & Ern, their nostalgic show crammed full of those comedy sketches by Morecombe & Wise that charmed the nation – remember Grieg’s Piano Concerto? Sunshine is guaranteed with every ticket taken for this evening of enjoyment at The Core at Corby (Feb 24).

The Russian State Ballet of Siberia will cut a beautiful figure at the Derngate when their three night stay delivers as many productions; Cinderella (Feb 24), Snow Maiden (Feb 25) and The Nutcracker (Feb 26). At The Royal (Feb 25-March 5) An Improbable Musical will be created in front of your eyes. You never really get to see the very best bits of a production, do you? You know, when the fresh minted gags and beautiful moments of
discovery reveal themselves. But you never see the worst either; the dead ends, the bits that don’t work and the totally duff choices.

This new R&D production will put it all out there – triumphs, disasters, the wonderful and the what-the-hell? Curious? You know you are. And Improbable have form with more than three decades delivering make-it-up-as-you-go-along shows.

Back at the Derngate, Bedknobs and Broomsticks invites you to enter a world of magic and fantasy when it flies in (from Feb 28). Hold on tight!