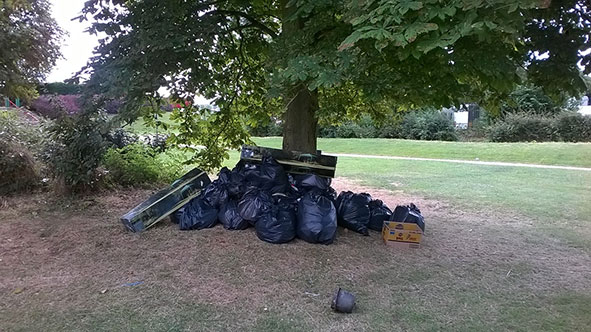 As we approach the second May Bank Holiday and the school half term, The Parks Trust has calculated the true cost of dropping litter in the city’s many parks, woodlands and lakes.

Litter is a major issue for The Parks Trust, which manages and maintains over 6,000 acres of green space in Milton Keynes. The self-financing charity can reveal that:

Rob Riekie, Landscape and Operations Director, for The Parks Trust, commented: “As you can see a dropped crisp packet here or a drinks bottle there adds up, and really does have a huge impact on the parks – both in terms of how they look to other users and how much we can spend on managing and improving them.

“What people often forget is that we are a self-financing charity not funded by the council tax or government.  Every penny we spend has to be found from the money we earn from our activities and from our investments.  The money we spend on clearing litter could be used for things such as more play areas and facilities in the parks or more free events or more Community Rangers to patrol the green space. “We would like to thank all those who do clear up after themselves, and encourage the small minority who don’t to really think about the impact their actions have. We ask that people take their litter home with them and dispose of it there, as this really helps to minimise the money we spend on collecting and removing rubbish.”