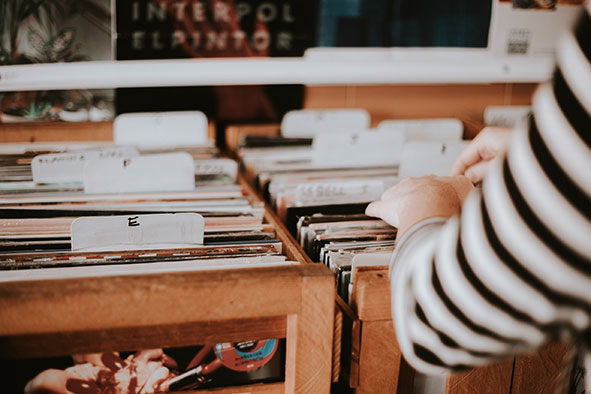 Vinyl lovers will be able to get in a spin again on June 12, with the very welcome return of Record Store Day (RSD), writes Sammy Jones.

Hundreds of artists will be releasing special and exclusive vinyl records to support the 250 stores who have had to deal with enforced closure for more than three months this year alone.

More than ever, Record Store Day will be an important date for retailers.

RSD is widely regarded as the catalyst behind the phenomenal resurgence in vinyl, and certainly the figures are impressive; in 2008, when Record Store Day began, just 205,000 albums were sold. In 2020? UK vinyl sales topped five million.

And to think, it wasn’t such a long time ago that the industry was telling us vinyl was finished.

That most certainly isn’t the case here in Northampton, with three long-established stores helping to get people in the groove, and music fans will be pleased to learn that they will all be taking part in the event in one way or another.

Gold Street venue SpunOut is celebrating its 21st summer of trading in 2021 and they are ready to mark it in style, with DJs delivering exclusive live sets throughout the day.

Covid safe measures will be in place; with social distancing, a staggered queue entry, and staff will be taking ‘wants’ lists in queue order to assist customers.

Then, when the rush eases a little, SpunOut is hoping to deliver some live music for those of you who fancy a more leisurely look through the racks.

Doors will open from 8am and the celebrations will be aided by the arrival of the Record Store Day Beer, cunningly called 33:45. Block rockin’ quaffin’!

Over on St Michael’s Road, Spiral Archive is a haven for used vinyl fans, with huge amounts of pre-loved gems waiting to be discovered. While the shop doesn’t offer RSD releases, it does get in on the action – and will once again be offering its half price sale on vinyl and CDs, so definitely pop in for a rummage when it opens from 11am and bag a bargain.

Or do as we do, and come out with a couple of bags brimming!

And if you just can’t get enough music, a record fair will also be taking place at the Black Prince pub in town from 11am.

In 2021, Noel Gallagher has picked up the mantle as the official ambassador for this year’s celebrations.

“Records shops were really important when I was growing up,” Noel said, “It’s something that’s in my DNA. I think if we can keep record shops open for as long as possible, we owe it to the young people of this country.

“For this year’s Record Store Day I’ll be getting involved. Hopefully the fans will like it and they’ll keep the flame burning for your local record shop.”

His release is a special limited edition, numbered, hand-pressed coloured double LP version of the High Flying Birds (HFB) album Back The Way We Came: Vol 1 (2011-2021) to sate appetites.

Whether you like Steely Dan or Electric Wizard, Ariana Grande, Janis Joplin or those HFB, there will definitely be something worth splashing the cash on. Happy shopping.

Record Store Day Beer… what’s it all about? 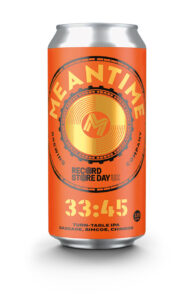 The first ever RSD official beer will be launched to celebrate the 2021 edition of the vinyl feast.

RSD has teamed up with Meantime Brewery to launch 33:45 – Turn-Table IPA.

Those responsible say it is ‘a playful mashup of two beer styles; a table beer which is a lower ABV style and a West Coast IPA, a classic US craft beer that has a beautiful bright amber colour and aromas of grapefruit, lime and citrus from the hops.’

Meantime Head Brewer Thorsten Fischer said: “What do you get when you cross a West Coast IPA and a Table beer? A Turn-Table IPA of course! You also get a 3.5% hop-forward IPA packed with flavour, designed to keep the records spinning and the conversation flowing.”

> The beer will be stocked in some participating stores and is also available through recordstoreday.co.uk