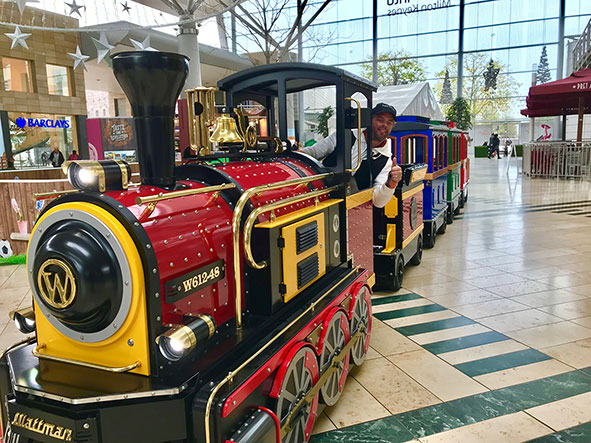 Shoppers at intu Milton Keynes will be ‘well chuffed’ to learn that the hugely popular Christmas Express train will be staying in the shopping centre, until at least the summer.

Launched at the start of the festive period, the little locomotive has taken over 4,000 children and parents around intu Milton Keynes on a magical journey down the boulevard, past the ‘frog clock’, around Oak Court and back again. Now, due to popular demand, the centre management are delighted to announce that the train, now called the intu MK Express’ will continue offering its service until at least the summer.

Kirsty McGiff, marketing manager at intu Milton Keynes said: “This was the first year we introduced the train and the response has been phenomenal, even the video on social media has had nearly half a million views.  We’re delighted to be able to continue running this great service for our customers and hope to add a new theme to it as we go throughout the year.”

The intu MK Express costs £2.50 per person or £6 for three people and the station is located between Chopstix and Starbucks. The service runs seven days a week from 10am.