He was a founding father of Milton Keynes, and a true history maker, and now a new permanent exhibit at Milton Keynes Museum is ensuring that his incredible contributions and foresight are forever celebrated.

Jock Campbell was the influential chair of the Milton Keynes Development Corporation. But that was only one part of an amazing life… 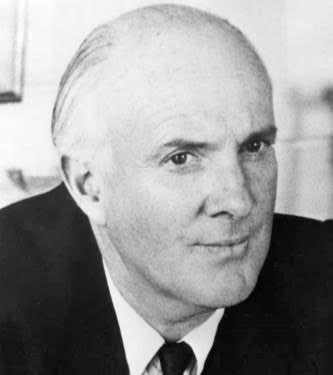 John ‘Jock’ Middleton Campbell, Baron Campbell of Eskan was born in 1912. In the early stages of his career he took control of his family’s sugar estates, in Guyana. He became chairman of the company, Booker Brothers, McConnell and Co. in 1952.

He said: “I think people are much more important than shops and ships and sugar estates.”

In the 1950s, that way of thinking was at odds with the mainstream.

In the House of Lords in 1971 he went further, and dissociated himself from his ancestors.

“Maximising profits cannot and should not be the sole purpose, or even the primary purpose, of business,” he argued.

His many influential career turns included Chairman of the Commonwealth Sugar Exporters Association (a position he held from 1950 to 1984), Chairman of the British political magazine New Statesman and Nation, and he was the first chair of the Runneymede Trust, an independent race equality think tank. Jock also set up the literary award, the Booker Prize.

And then, when many of his colleagues were looking to retirement, Jock rolled-up his sleeves and embarked on a new challenge; to lead the creation of the new town of Milton Keynes.

It was his vision, leadership and innovative thinking that led to the formation of the biggest and boldest experiment in new town planning.

And even though some of today’s inhabitants won’t realise it as they go about their daily business, they are enjoying the results of his hard work.

Jock was Chair of the Milton Keynes Development Corporation, an inspirational leader who was able to attract the best people for the job. It was his humanism, socialism and common touch that inspired and drove the team of architects, planners, community workers, artists and educationalists responsible for the basis of the place we call home today.

It was Jock’s belief that, as the future couldn’t be predicted, detailed plans weren’t relevant. Instead, Milton Keynes had a strategic plan of grid squares, which offered flexibility to adapt over time – it was a groundbreaking way to work, and a formula that allowed MK to mould and shape shift to become one of the most successful places in the country.

Jock wanted to create a place that was socially balanced, with inclusivity at its core. He passionately believed in equal opportunities, and in the fledgling Open University he saw a learning haven that mirrored his own belief. It was Jock who helped persuade the OU to base itself in Milton Keynes.

To date, the learning hub has supported two million adult learners around the world. And counting.

He also saw the benefit of art and culture – securing major investment in public art and creating community workshops for all local residents.

The exhibit has been made possible with a £75,000 History Makers grant courtesy of AIM Biffa Award.

The History Makers scheme funds museums to create new exhibitions that will inspire the public through the lives and achievements of extraordinary, historical figures.

The scheme is managed by the Association of Independent Museums (AIM) and Biffa Award, a multi-million pound fund that helps to build communities and transform lives through awarding grants to communities and environmental projects across the UK.

It is a wonderful way to share Jock’s incredible legacy.
In the future, the exhibit will form part of the New Milton Keynes Gallery at the museum, and it is hoped will inspire many more contributions to the People’s Story area.

Museum Director Bill Griffiths said: The museum is committed to telling the full history of Milton Keynes, and Jock’s story is an enormous part of its recent history – its transition from a largely empty space to a hugely successful new town is in no small part because of Jock’s vision and passion.

“Milton Keynes is a unique, forward-thinking and inclusive place, and those are all traits that Jock shared.”

Bill added: “It has been said that Milton Keynes was a place that Jock had ‘taken a village and left a city,’ and it is befitting that this new exhibit is being housed in the museum in the place where he made an immeasurable difference.
“Jock not only changed the lives of all who came here, but he influenced succeeding generations to emulate the best of Milton Keynes for their own populations.”