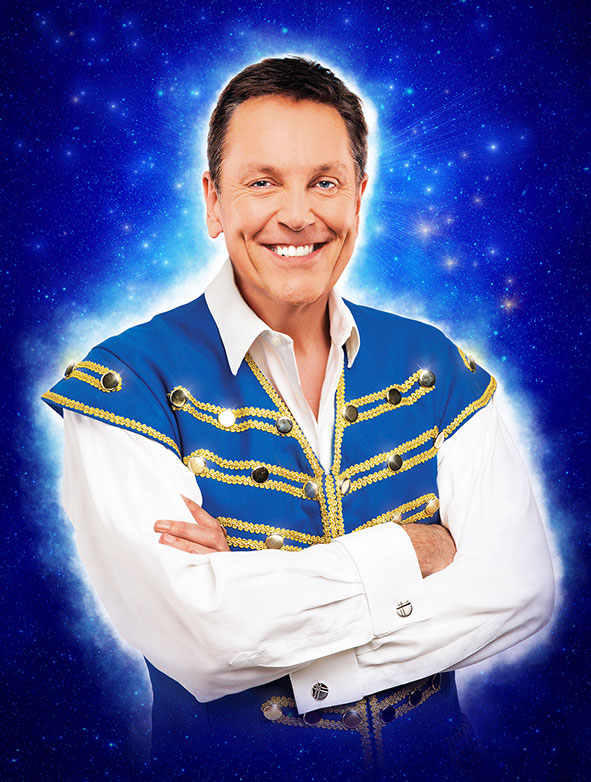 We’re excited that television, musical theatre and pantomime legend Brian Conley is to compete for the ‘glitter ball trophy’ in this year’s Strictly Come Dancing, before taking to the Milton Keynes Theatre stage for the spectacular family pantomime, CINDERELLA.

In a career spanning four decades Brian has appeared in award-winning West End musicals and television sitcoms, presented his own chat shows, recorded three albums and completed numerous sell-out tours of the UK.

On stage he has starred as Edna Turnblad in the hit West End musical Hairspray and the title role in the UK tour of Barnum, both of which played Milton Keynes Theatre previously. Brian has completed a nationwide tour of Brother Love, celebrating the music of Neil Diamond, directed and choreographed by Craig Revel Horwood, starred in the nationwide tour of Oliver! playing Fagin, played the title role in Jolson, for which he was nominated for an Olivier Award, and had leading roles in Me and My Girl, The Music Man and Chitty Chitty Bang Bang. Brian has also had the honour of appearing in eight Royal Variety Performances.

Emma Sullivan, Theatre Director at Milton Keynes Theatre says: “We’re all incredibly excited to get behind Brian as he takes to the ballroom floor, and hope he will bring some of his newfound steps to the MK stage for this year’s pantomime. We can’t wait to watch him on our screens every weekend, and will be rooting for him to get to Blackpool!”