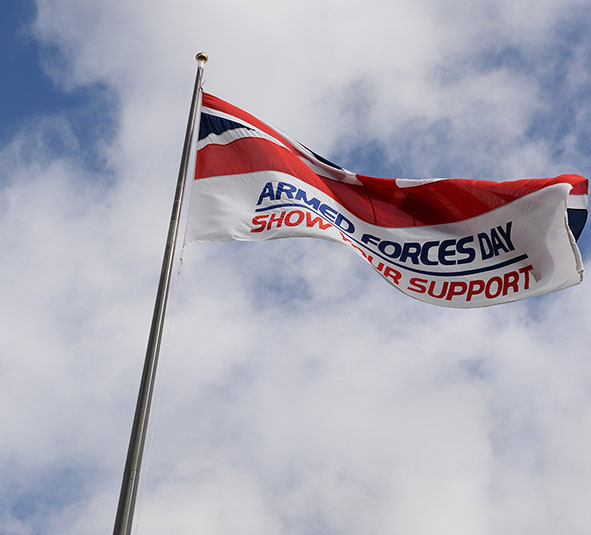 Our commemoration will begin at 09:30 with a march past and a small display of military vehicles, including a military field kitchen from which tea, coffee, squash and snacks will be available for a small cost to the Royal British Legion.

Local celebrations to show appreciation of the work of the Armed Forces will take place across the country on Monday 19 June when all local authorities are invited to raise the Armed Forces Day flag on buildings and famous landmarks.

The Mayor said: “Armed Forces Day is an opportunity for everyone to honour the men and women who make up the Armed Forces community; from currently serving troops to Service families, veterans and cadets.”

“Please join us outside the Civic Offices on Monday 19 June as we proudly show our continuing support for the men and women who work hard to protect us.”