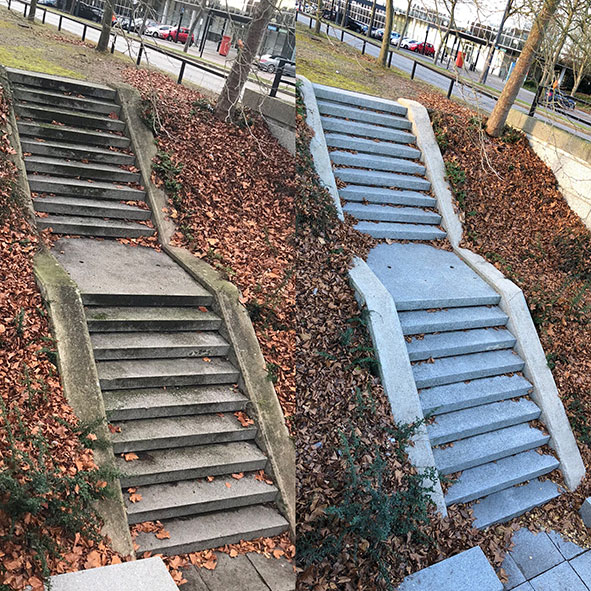 You may have witnessed the major spring clean that has already started across the city centre thanks to the Amazing CMK BID (Business Improvement District). This epic task is no mean feat for the BID project team with years of grime and dirt to clean that had been left to collect across the city’s paving, stairways and underpasses.

A hefty 25% of the BID’s budget, which is raised directly from a levy on rateable value, has been allocated to the ‘deep clean’ and a local contractor has already made a big impact with tasks like jet washing the pavements, removing graffiti, and trialling the use of a polymer coating that is absorbed into the stone called ‘pave saver’ – a new anti-chewing gum solution.

The clean up project is running alongside an additional scheme to deal with the ever-present rat problem which has been neglected for many years. Many of the known large infestations have now been removed but more work is continually being undertaken to tackle the problem.

Melanie Beck, Chief Executive at Amazing CMK, commented; “We were under no illusions that the task we had to give a new lease of life to our city centre was a big one. There hasn’t been a clean up project on this scale since the city centre was originally built but the before and after results are outstanding, and we’re very pleased with the professional job that has already done. The project will be ongoing, to help keep the city sparkling.”