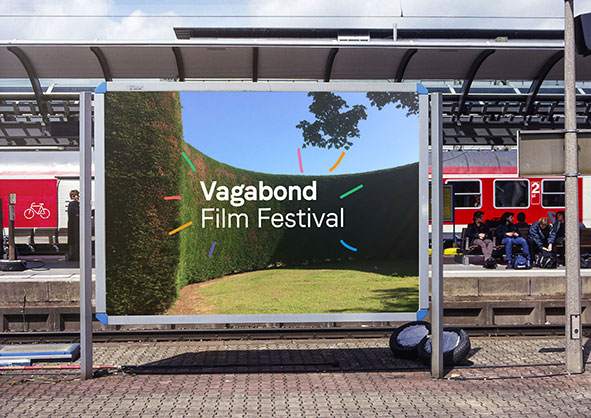 Milton Keynes celebrated its fiftieth anniversary last year, and as the city’s cultural scene continues to grow, it now has one more event to boast about. The Vagabond Film Festival was MK’s first ever film festival, run between 26th-29th July in association with the biennial Milton Keynes International Festival. Film critic Jordan Adcock went along to see what the Vagabond Film Festival had to offer.

What might surprise you is that the basic ethos has been around much longer, represented by Independent Cinema MK. Their work started more modestly in 2007 as enthusiasts with a projector and screen touring Milton Keynes. Their initial plan was to buy and reopen Wolverton’s Barber Electric Picture Palace, which screened films for fifty years from 1911. This romantic idea was soon stymied by the Global Recession, but their “vagabond” approach to cinema remained fruitful. Now with support from backers including MK Gallery, Arts Council England and the British Film Institute’s Film Audience Network, Vagabond became a film festival where, fittingly, the infrastructure wasn’t permanent but the scope was very ambitious, with the weekend’s programme spread over a few key locations.

Throughout the festival’s programming, there was a pleasing focus on encouraging and highlighting local voices, also on the history and diversity of animation. The inflatable Cine-Dome hosted a range of screenings on Campbell Park, amongst them Jean-Luc Godard biopic Redoubtable and seminal sixties horror Night of the Living Dead.

MK Gallery’s events space, amid the Gallery’s own dramatic on-going expansion, featured some of the festival’s highlights. Besides screening the short films in official competition, it saw the 4th running of the MK 48 Hour Film Challenge, where each competitor produces and submits a short film from scratch within 48 hours. The contest was won by Seeds of Doubt from filmmaking team On the Side, a poignant snapshot of brotherly ties broken by adulthood. Saturday evening saw The Big Flame, one of Ken Loach’s productions for the BBC’s Wednesday Play series about spirited dockworkers in Liverpool striking to protect their work against looming automation. This potent slice of social realism was originally shown in 1969, the same year that the director’s theatrical film Kes brought him to prominence.

There was even the Floating Cinema – a converted boat posted at Water Eaton throughout the festival, showing a selection of animated and children’s films, including a local production, Enter the Portal, elegantly using stop-motion in both animation and live-action for a truly child’s-eye view of the sometimes-maligned Lakes Estate. 12th Street in the rejuvenated Theatre District was the scene for an outdoor sing-along showing of last year’s surprise musical hit The Greatest Showman.

In this rich offering, maybe the most unique film shown was The Democratic Set, produced by globetrotting Australian theatre company Back to Back who use a custom-made set to capture performances from the communities they visit, regardless of backgrounds or disabilities. The resulting film premiered in the Cine-Dome, an ingenious combination of different takes within the same set filmed in Queen’s Court resulting in a colourful tapestry of Milton Keynes diversity.

The Floating Cinema had an outstanding selection of historical and contemporary animation playing throughout the weekend, including Disney’s 1967 Jungle Book, the incredible silhouette animations of fairy tales Hansel & Gretel and Cinderella by German filmmaker Lotte Reiniger, whose enchanting Adventures of Prince Achmed from 1926 pre-dates Disney as the world’s oldest surviving feature-length animated film. More modern efforts included this year’s Peter Rabbit and Pixar’s latest classic film Coco. Also screened on the Friday evening was Song of the Sea, an Oscar-nominated 2D animation from Irish studio Cartoon Saloon. It condenses abundant mythological detail into a sweet, sorrowful story of grief and young sibling relationships that anyone can appreciate.

The Cine-Dome was due to screen another of Cartoon Saloon’s films, The Breadwinner, telling of a young girl working to support her family in Taliban-controlled Kabul, Afghanistan, which was also widely acclaimed and Oscar-nominated this year. But of course, the first rain and wind in weeks arrived on the weekend someone tries to hold a festival. The bad weather sadly necessitated closing down the Cine-Dome, and so many of the screenings on Saturday evening and Sunday were cancelled.

Thankfully the festival’s scheduled finale went ahead as planned. The screening for Journeyman, Paddy Considine’s latest work as filmmaker, was followed by a fascinating and funny Q+A with the film’s producer Diarmid Scrimshaw. Besides explaining the challenges of developing an independent film which can sell while also holding artistic merit, he also shared a brilliant anecdote about how their film about a boxer suffering life-altering brain damage in his last match caused a real-life boxer to announce his retirement before his own final bout! (Journeyman is reviewed in my regular reviews column this month).

This year’s festival may be over, but the MK Gallery and the Floating Cinema have continued to screen films for the rest of this summer, with a final engagement near Great Linford on 7th-8th September. For more details view their website at floatingcinemamk.org

For those films which were unfortunately cancelled, screenings are planned for this Autumn Keep checking Vagabond’s website at vagabond.org.uk for updates.

Best Vagabond Short Animation: A Day At Secondary School for the Girl with the Curly Hair¸ directed by Alis Rowe