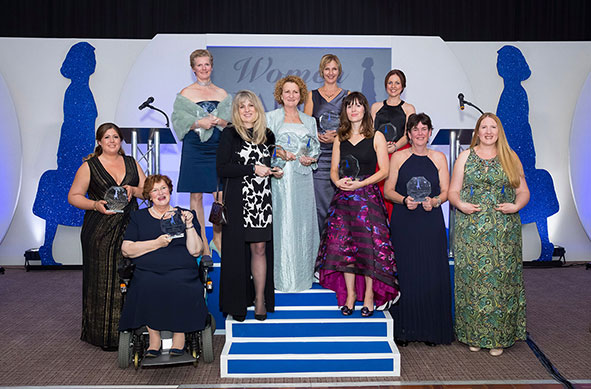 Nominations are now open for the 2017 Women Leaders MK Awards.

Women Leaders MK celebrates and recognises women living or working within the Milton Keynes postcode area who have contributed to the growth of their own particular sector, be in the corporate environment or within the local community.

The awards which are now in their third year, are the brainchild of Jan Flawn CBE, Founder of specialist neurological care provider, PJ Care.

Ms Flawn said: “After winning the national CBI First Women of Business Services award in 2013, I realised how important it was to celebrate the achievements of women. I wanted to share this with the talented and successful women of Milton Keynes.

“Although the gender gap is decreasing, it is still very much a man’s world when it comes to business leaders and I wanted to celebrate the hard work and achievement of women who have overcome obstacles to get to where they are today.”

Last year’s awards which attracted nearly 160 nominations culminated in a stunning awards ceremony, held at the Hilton DoubleTree, MK Stadium.  Over 500 guests help to congratulate 14 inspirational women who were presented with their awards.

This year’s Women Leaders MK awards already has the support of some of MK’s top employers, including Mazars, NHBC, Dentons, Handelsbanken, Mercer & Hole, Howes Percival and MK Business Leaders Partnership. The awards ceremony will be held on Friday 13th October 2017.