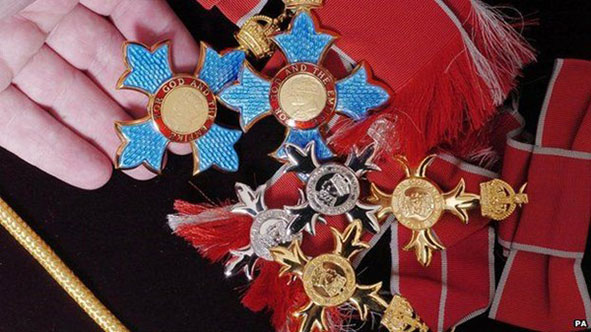 Milton Keynes is full of inspirational people who’ve significantly contributed to their communities, given up their time to help others or had significant achievements (locally or nationally) in public life – but did you know that they can be nominated for a National Honour?

At the 2018 New Year’s Honours, 1,123 people were named on the main honours list, 70% of whom were recognised for work in local communities.

Honours are awarded twice a year; on the Queen’s Birthday in June and at New Year. They recognise people from all walks of life who’ve demonstrated outstanding service to their community or field of work. So if you know someone whose hard work deserves recognition, then why not nominate them?

Alexander Boswell, Vice Lord Lieutenant of Buckinghamshire, said “The award of a National Honour is a wonderful way to thank someone for their commitment to their community or work.  This is really what an Honours System nomination is about: recognising the unsung heroes within our communities. There are so many people out there who really deserve to be nominated by their friends, families or peers.”

Do you someone who could be awarded a National Honour? To nominate them, call 020 7276 277 or download a nomination pack from https://www.gov.uk/honours. If you’re unsure about nominating someone, or you need help writing your nomination, help can be found at https://www.milton-keynes.gov.uk/your-council-and-elections/honours-and-awards