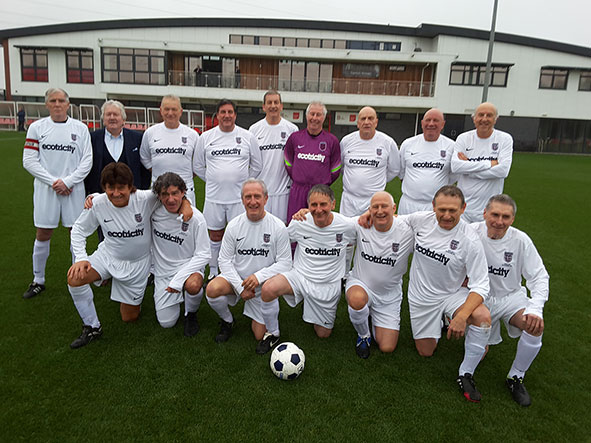 Move over Rooney, there’s a new England squad in town!

On Saturday 13 May, England take on Wales at Stadium:MK (over 60s). The sprints up the left flank may be a little slower and an effort like Liverpool’s Emre would certainly put a player in hospital but the game promises to be just as fun.

Kick off is at 2.15pm and is FREE for all to attend just turn up on the day. Entry to the stadium is through gate 7.

Although free to watch, énergie would be delighted if you would donate to their nominated charity. Supporters can do this by visiting: https://www.justgiving.com/fundraising/energie-international-football

Playing for England is Peter Croney, Head of Franchise recruitment at Milton Keynes based énergie Group, he said: “This is a competitive game and most of the players have played professionally and have continued to play football all of their lives so the crowd can expect to see some good quality football.

“This will be a great day to bring the family along whether you’re a football fan or not, the atmosphere in Stadium:MK will be wonderful and to supplement the occasion there is a bar available.

The inaugural over 60.s match in 2012 is believed to be the first ever over 60’s international match in the World.

The game will be played in support of the Teenage Cancer Trust. https://www.justgiving.com/fundraising/energie-international-football