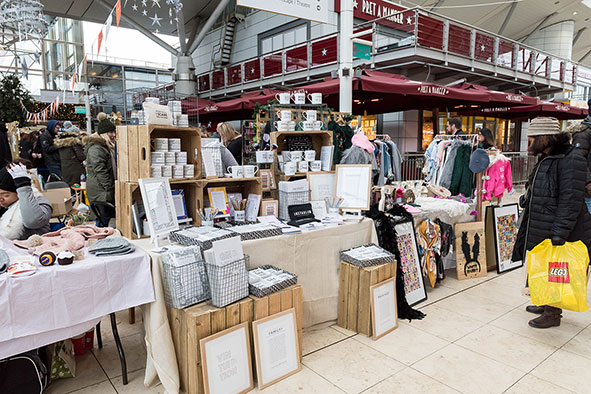 Following the success of the intu Milton Keynes Artisan Market and the Etsy Made Local market in 2017, local independent traders are being invited back to intu Milton Keynes for a series of seasonally inspired artisan markets in the centre.

intu Milton Keynes, in partnership with the Etsy Milton Keynes team, will be kicking off 2018 with its first artisan market on 3 March, just in time for Mother’s Day. Selling a variety of gifts and handmade products, it will be located on the boulevard near to Pret and Gap.

Artisan markets will also be popping up in the centre on Saturday 9 June and 29 September, plus there is potential for another Etsy Made Local market to come to the centre again, near to Christmas!

Kirsty McGiff, marketing manager at intu Milton Keynes said, “Last year’s Artisan Market and Etsy Made Local Market were hugely successful, and our shoppers have said they would love to see more! With that in mind, we have worked closely with some of the organisers from the Etsy market in 2017 to create three Artisan Markets and hopefully another Etsy Made Local Market in the first few days of December.”

If you are interested in taking part in any of the three Artisan Markets or would like further detail on the Christmas Etsy Made Local market, please contact etsymiltonkeynes@outlook.com. Sellers do not have to be an Etsy seller to take part in the three Artisan Markets, but sellers do have to be independent and sell locally designed, handmade, upcycled or vintage items. The centre cannot unfortunately accept independent sellers who sell mass-produced items, items bought from trade shows or imported goods to resell.