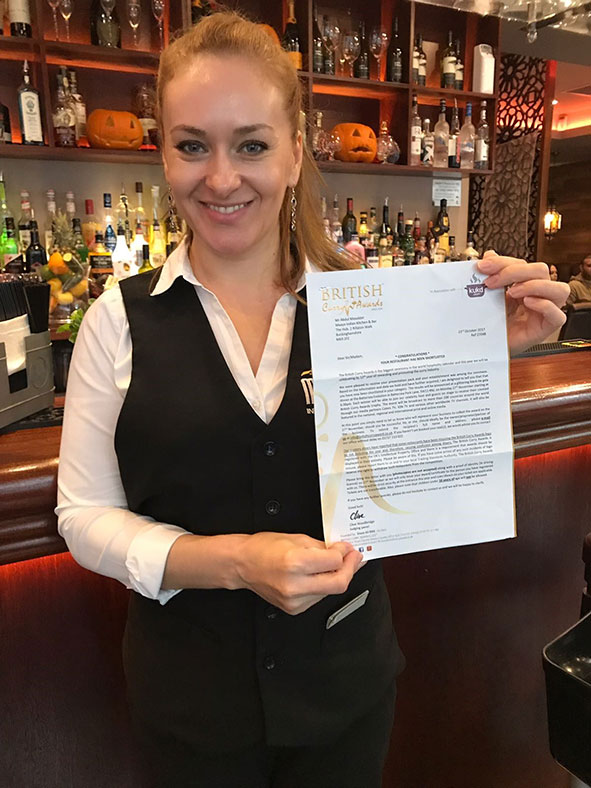 Today, Maaya Indian Kitchen & Bar in The Hub received a letter from the British Curry Awards announcing that it has been shortlisted.

The independent restaurant will represent Milton Keynes as it competes for the title of the best Indian restaurant in the South East. The awards will be held on Monday 27 November at the glamourous Battersea Evolution, and will be attended by over 1,600 restauranteurs, celebrities and royalty and will be broadcast live in over 200 countries.

This is the second year Maaya has been shortlisted for the most prestigious Indian restaurant awards in the UK.

Maaya, which opened earlier this year in The Hub, was shortlisted for the best Newcomer award last year and made it to the final 14 from the 230,000 overall entries.

“We are incredibly excited to have received this letter. The nomination for the British Curry Awards is directly from the public, which is very special and then we submit all our details to the organisers for consideration to be shortlisted. We will keep our fingers crossed and look forward to attending the event in November, said Owner and Restaurant Manager, Mo Abdul.