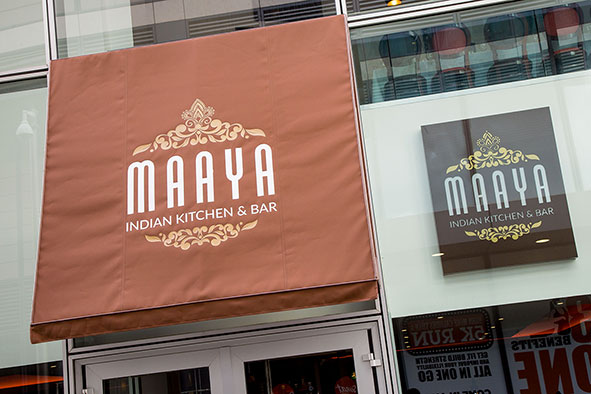 For the second year in a row, Maaya Indian Kitchen & Bar in The Hub has been officially ‘nominated’ for the most prestigious Indian restaurant awards in the UK, the British Curry Awards.

Last year, Maaya was nominated and shortlisted as the Best Newcomer, and this year customers have nominated the independent restaurant under the Best in the Region category. Nomination is the first stage – only a few restaurants are nominated from thousands of entries – and then, if successful, Maaya will be shortlisted.

“It is such an honour to receive a nomination for the second year in a row, especially as this is done so by our customers and then reviewed by the judges”, said Mo Abdul, General Manager and Owner at Maaya. He adds: “Last year we were shortlisted and went to the awards to represent Milton Keynes and show the rest of the UK that we are as good, if not better than some of the finest Indian restaurants in the country. Fingers crossed we can make it to the final stages again this year. Thank you to everyone for their support, it really means so much.”

The 13th, annual British Curry Awards in association with Kukd.com will take place on Monday 27 November 2017 at The Battersea Evolution.