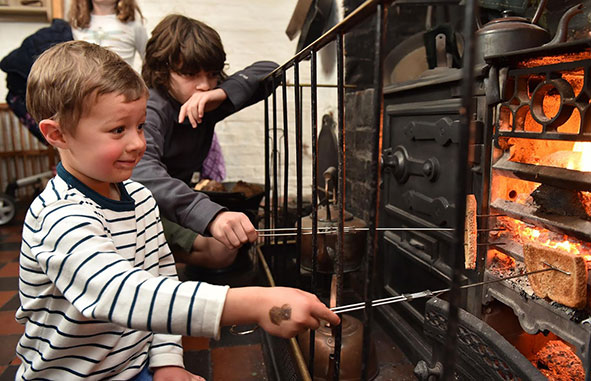 More than 200 years have passed since Napoleon was defeated at The Battle of Waterloo, but time rewinds at Milton Keynes Museum this weekend, when the history hub plays host to a small group of Russian and Prussian soldiers who helped Wellington succeed during the struggle on June 18, 1815.
In reality, they are re-enactors of course, and arrive with faithful representations of the arms, uniforms and shelters used by the real soldiers, to provide the public with a true glimpse into life as a soldier in the battle.
The infantry and artillery camp will be set up on site on Sunday, October 1st and will be giving talks and demonstrations of musketry and artillery during the day.
They will fire muskets and cannons too, but without the use of live ammunition – they might be re-enactors, but have no wish to faithfully recreate the battle itself!
“The purpose of our group is to educate people in the little-known facts surrounding the British Army’s reliance on the Russian and Prussian soldiers as they played an integral part in the downfall of Napoleon, funded and provisioned by the British government,” explained a spokesman for the group.
All the usual museum attractions will also be open, including The Connected Earth Gallery (telling the story of human communication) and the Transport Hall with its fascinating collection which includes a Stony Stratford tram, a Romany Caravan, and a Penny Farthing.
And never mind the autumnal chill in the air – you can warm up in the farmhouse kitchen, and make your own hot buttered toast. Yum!
Standard admission applies – which will also give you FREE entry for the following 12 months; adults £9, child £6, retired & unwaged £7.

A family ticket (admitting two adults and up to four children) is £26.
More information about other events and the museum’s exciting expansion plans can be found on the website www.mkmuseum.org.uk