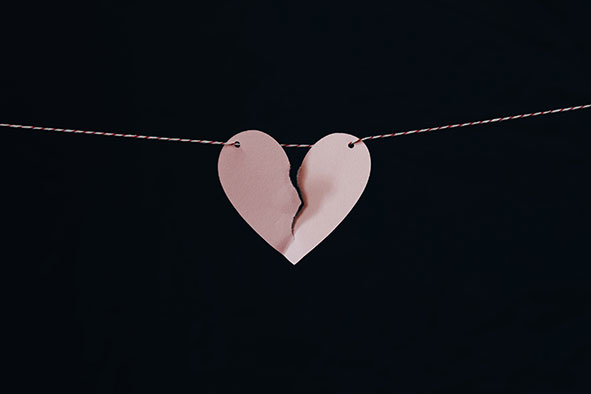 Following a public consultation where Family Justice Professionals and those with direct experience of the divorce system voiced their support for reform, it was decided that new divorce legislation would be introduced in an attempt to minimise conflict between separating spouses.

The current legislation encourages parties to become entrenched in their respective arguments about whose fault it is that the marriage broke down, which can make it more difficult for financial arrangements to be agreed. This in turn is more likely to have a damaging effect on the future relationship of separated couples who have children to
co-parent.

At the moment there is only one ground for divorce, and that is the ‘irretrievable breakdown of the marriage’. To satisfy the Court that the marriage has broken down irretrievably, the person who starts the divorce proceedings (the petitioner) must prove one of the following five facts:-

That the parties to the marriage have lived apart for a continuous period of at least five years immediately preceding the presentation of the petition.

The current criteria listed above requires a petition on the fact of behaviour or adultery, which encourages the assigning of blame. Otherwise, the parties have to agree that they have been separated for a minimum of two years as this fact requires the consent of the respondent. If the respondent disagrees that the parties have been separated for two years, or refuses to consent for another reason, the petitioner will have no option but to wait for a period of five years separation to pass or alternatively, petition on the respondent’s behaviour.

The new law will extend the grounds for divorce and remove the need for adultery, desertion or unreasonable behaviour. The proposals for changes to the law include:

The updating of the divorce law in England and Wales will not necessarily prevent acrimony between separating couples who have deep-rooted issues. However, it will at least give them more choice in terms of the route they want to go down. Certainly, it will take away the option of one party contesting the divorce – a practice which is extremely outdated and sometimes misused by an abusive spouse seeking to continue their coercive control of the other. Nevertheless, in some circumstances, divorce/dissolution proceedings will still be able to be challenged on certain grounds such as coercion and fraud.

Significantly, the minimum timeframe of twenty weeks from the issuing of the petition to the decree nisi stage of the divorce, will give couples more time to come to terms with the divorce mentally and emotionally. For some, it may also give time to reflect on whether divorce is actually the right option for them, as there will be an opportunity to withdraw the petition in the event of a reconciliation. Where the decision to divorce is set in stone, at least there will be more time for the couple to sort out financial and child arrangements, without being pressurised by an early application for decree nisi.

As members of Resolution, Keshini, Senior Family Law Solicitor and Head of Family Law at Heald Solicitors has been behind the much-needed reform of this law and is looking forward to introducing The Divorce, Dissolution and Separation Act 2020. This Act was due to be implemented in Autumn 2021, but there has been a slight delay so that it will now come into force on 6 April 2022.

Couples in England and Wales can therefore look forward to being able to jointly petition for divorce with a sworn statement confirming that the marriage or civil partnership has broken down irretrievably. This method will give credence to relationships where the spirit of co-operation prevails, and we hope it will give the chance for reduced hostility between separating spouses and civil partners and encourage more amicable settlements to follow.

Having worked in family law for over 20 years, Keshini is an expert in all legal issues relating to family matters and divorce/civil partnership dissolution, including high value and complex financial cases and child-related matters, particularly when there are international or cross-jurisdictional issues.  Combining a robust demeanour when arguing her client’s case, with an empathetic approach to client care, Keshini’s expertise can make a make a real difference to the strength of your case and bring you peace of mind during the process. A member of Resolution, she is committed to promoting collaborative methods of dispute resolution where appropriate, in order to achieve a constructive outcome for clients while avoiding costly and stressful court action.

If you would like any further information on no-fault divorces or in respect of any other matters arising from a divorce or civil partnership dissolution in general, please make an appointment with our Family law expert, Keshini Rajendra on